Thoughts on The Hobbit: An Unexpected Journey 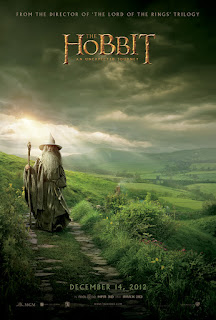 Peter Jackson’s The Hobbit: An Unexpected Journey has been out for a while now, so this is hardly a timely post.  But I’ve now seen it twice, and so have decided to share some of my thoughts on the most important fantasy event of 2012.

I think that the film is definitely worth seeing – but only if you keep your expectations moderate, and keep in mind that this is very much a 'Peter Jackson' film.  I'd rank it as slightly inferior to Jackson’s The Two Towers, which I thought was the weakest of the three The Lord of the Rings films.  Like The Two Towers, Jackson inserts some scenes into The Hobbit that were not in the book – or in any of The Lord of the Rings appendices (or, by Tulkas, anything written by J.R.R. Tolkien!) – to the detriment of the film.  (I mean, really, how many fights with wargs do we need?)

Especially grievous is the insertion of some scenes involving Radagast the Brown.  When I first learned that Radagast would be appearing in the film, I thought, "Cool – the more wizards the better!"  But in the film he is portrayed as complete buffoon, with bird poop encrusted on half of his face, and who rides around on a sled pulled by rabbits.  (No, gentle readers, this is not something from The Onion, but really is in the film!  Radagast is the Jar-Jar Binks of Jackson's Middle-earth.)

A few other changes grated on me as well.  Apparently, in the film, the Necromancer only just arrived at Dol Guldor, thereby warping Greenwood the Great into Mirkwood, whereas according to Tolkien the Necromancer had been around for at least a thousand years before the beginning of The Hobbit.  Similarly, Galadriel at one point refers to the Witch-King of Angmar as having been interred in Rhudaur, whereas according to Tolkien the Witch-King fled from Eriador (after his destruction of Arthedain, and the subsequent destruction of Angmar by forces from Gondor), but later appeared with a horde from Mordor, taking Minas Ithil from Gondor (which became renamed Minas Morgul), and eventually killing the last heir to the throne of Gondor (except for the Northern line of Arnor, of course).  I could go on.  So, for Tolkien purists at least, there is a lot in the film that might bug them.

(On the other hand, just as Jackson wisely eliminated Tom Bombadil from The Fellowship of the Ring, he prudently dispensed with the talking eagles from The Hobbit.  The eagles still appear, but they don't say anything.  So not all the changes that Jackson made were for the worse!)

All that having been said, there are two very good things about this film.  First, like The Lord of the Rings films, the casting in The Hobbit is spot on (leaving aside the whole Radagast disaster).  Martin Freeman is Bilbo.  Andy Serkis is amazing as Gollum.  And Ian McKellan, of course, is awesome as Gandalf.  The dwarves also generally are very good.  I found the Goblin King to be simultaneously grotesque and charming.

Significantly, Jackson reworked Thorin Oakenshield into a more heroic figure.  In the book he's something of an incompetent blowhard.  Like the modification to the scene involving the eagles, I think that this was a very good decision on Jackson’s part.  And Richard Armitage does a great job portraying the royal exile.

Second, like the LotR films, The Hobbit is beautiful to watch.  I actually quite liked the 48 frames-per-second format, and did not find it 'weird' as some have complained (if you've watched any HD television, there is nothing ‘weird’ about it).  Even the 3D was good (and I normally loathe 3D!).  The scenery is amazing, and the sets make you believe that you are in Middle-earth.

Finally, some critics have complained that the film lacks the childish spirit and innocence of the original novel.  While that is true, it is clear that what Jackson chose to do is embed the story of The Hobbit within the world of Middle-earth as presented in The Lord of the Rings (hence the inclusion of material from the appendices, etc.).  I don't have a problem with this decision, especially as it ensures greater aesthetic coherence among all six (!) of the Middle-earth films.

So, The Hobbit is a bit of a mixed bag, but one that contains more treasure then dross.  I'm hopeful that things will improve with the next two films, but I do think that this one is well worth seeing.  Just remind yourself, ahead of time, that this is Peter Jackson's The Hobbit, not Tolkien's!  I found myself enjoying the film much more the second time around by keeping this fact in mind.

Rating: 3 rings of power (out of 4).
[If a version of this film with all the Radagast scenes edited out should ever be produced, it would deserve 3.5 rings!]

My Most Played Role-Playing Games


Over at the RPGsite, there recently was a thread devoted to lists of folks’ ‘most played’ role-playing games.  Here is my own list (slightly modified from the version I posted at the RPGsite, as I previously had underestimated just how much AD&D/D&D I had played during grades 5-8, and had forgotten about my rather zany Thieves’ Guild campaign).

All of these games I have played at least twice (and some, like MERP and AD&D, probably over a hundred times, albeit decades ago).

RuneQuest (which includes RQ2, MRQII, and RQ6) is ranked number 5 largely thanks to my participation in a campaign that Lawrence Whitaker ran during the winter, spring, and summer of 2011 (part of which is summarized here). 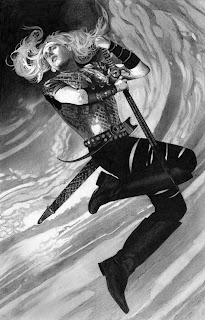 Swords and Wizardry, despite being so recent, makes the top ten list as I ran a (sporadic) campaign during 2008-2009, in which most of my house rules were forged.  Many of those of house rules later were incorporated into Crypts and Things.

Although I played some Call of Cthulhu decades ago, I quite recently ran it again (namely, my sporadic ‘Cthulhu Canada’ campaign, as well as a game at OSRCon II), which gave it a bump in the rankings.

Since I haven’t played any MERP, AD&D, and most of the other games listed in years, if not decades, here is my ranking of my most played RPGs over the past 3 years:

Obviously, I have drifted markedly toward BRP/d100 games of late (though I certainly retain a fondness for the D&D-inspired framework, as shown by the ranking of Crypts and Things).