As noted at this blog previously, Amazon Prime is coming out with a television series set in Middle-earth. Rotten Tomatoes has posted an article that goes over everything that is known publicly about the series at this time (and also engages in a fair bit of fun speculation).

Assuming that the series takes place close-ish to the time of The Lord of the Rings—the RT article suggests that the protagonist likely will be a young (i.e., under-90) Aragorn—there are some intriguing possibilities for the series to explore. My curiosity was especially aroused by the prospect that those two over-looked Istari, the Blue Wizards, might get some screen time:


“This might be mere speculation, but there are few characters in the young Aragorn timeframe Tolkien fans would love to see in the Amazon series. Returning to that curious region in the far East and the topic of the Istari, two of their number, the Blue Wizards, immediately trekked to the East as part of their mission in Middle-earth. Only mentioned in Tolkien’s unfinished tales, they either succumbed to Sauron’s influence or died as they failed to sway the Easterlings away from the Dark Lord. Presuming Amazon’s deal with the Tolkien estate includes unfinished material like the tale of the wizards, they would be ideal characters to utilize in the series. They could be villains, fallen heroes or anything in between. They could even be Aragorn’s guides in the East. And as their role in the War of the Ring was never revealed, they offer the series’ writers greater flexibility in the storytelling and characters without predefined destinies.”

The Amazon ‘preview’ map can be viewed here. I’ve noticed that some place names have been added gradually over time (and presumably will continue to be added in the future). One thing that stands out to me about the map in its current state—the significance of which is mentioned in the RT article (much to my surprise)—is that it includes ‘Calenardhon’ (which means ‘green region’ in Sindarin). 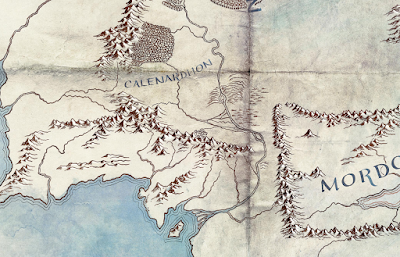 As those familiar with the history of Middle-earth know, ‘Calenardhon’ was a northern province of Gondor. It was depopulated in 1636 (of the Third Age) by the Great Plague, and overrun by the Balchoth (Sauron-influenced ‘Easterling’ invaders) in 2510. Gondor was aided in defeating the Balchoth at the Battle of the Field of Celebrant by the Éothéod under the leadership of Eorl. The land subsequently was given to the Éothéod by the Steward Cirion in return for this assistance. The Éothéod became known as the ‘Rohirrim’ and the land ‘Rohan’.

If the map is meant to accurately depict Middle-earth during the time of the series, then it must take place at least five centuries before the events of The Lord of the Rings. I have a dream that the series is set during Gondor’s civil war, the ‘Kin-Strife’ (1432-1448). Perhaps? 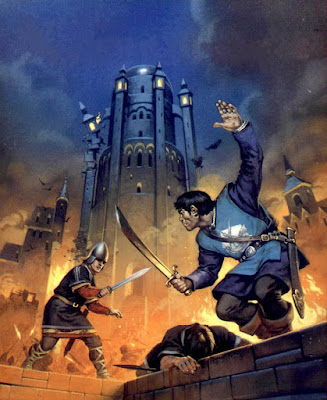 
[UPDATE (2019-02-25): Fixed the links in the post (I placed the link to the RT article in the wrong place, and failed to include the proper link to the map).]
Posted by Akrasia 2 comments:

The first trailer for the forthcoming biopic of J.R.R. Tolkien is now available for your viewing pleasure (all 55 seconds of it). You can watch it, and read a bit about the film, here at Screen Rant. 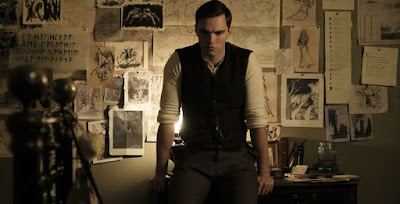 The film focuses on Tolkien's early life (up to and including his time in the Great War). I'm ... cautiously optimistic. I really hope that it does justice to this literary giant.