Crypts and Things versus Astonishing Swordsmen and Sorcerers of Hyperborea

Both Crypts and Things and Astonishing Swordsmen and Sorcerers of Hyperborea are products of the 'Old School Renaissance.'  Both games present ‘swords and sorcery’ variants of different versions of ‘old school’ Dungeons & Dragons: 0e D&D (as reworked into Swords and Wizardry) in the case of C&T, and 1e AD&D in the case of AS&SH.  And both games draw upon the same literary sources: the ‘weird fantasy’ writings of Robert E. Howard, Clark Ashton Smith, H.P. Lovecraft, Fritz Leiber, Michael Moorcock, and the like.

I quite like AS&SH, especially the art and setting, and I highly recommend that people check it out.  But I’m partial to C&T.  This should not be surprising, I guess, given that I contributed some ideas to it.  (The industrious Newt Newport, author of C&T, drew upon a number of my house-rules for Swords & Wizardry when writing the game.)  I’m looking forward to the new, expanded version of C&T, which should be coming out in 2016.

Anyhow, the reason why I mention these two fine games now is that there is an interesting conversation concerning them over at the RPGsite.  I encourage all fans of classic swords and sorcery fiction to check them out! 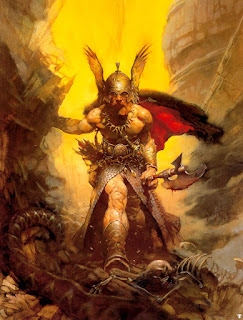 If you live in Toronto or are within easy travelling distance, and feel like playing some ‘old school’ role-playing games for a day, consider attending OSCon (5.5) on Saturday, January 16th, 2016.  There will be a number of different games available, including Call of Cthulhu, Dungeons and Dragons (various editions), Labyrinth Lord, and RuneQuest 6.

Design Mechanism’s Lawrence Whitaker (‘Loz’) – author of numerous RPG books over the years, and co-author of RuneQuest 6 – will be there, running a couple of RQ6 games: a Luther Arkwright adventure in the morning, and a Mythic Britain adventure in the evening.  I highly recommend playing in one of Lawrence’s games if you have the chance, as he is a superb Game Master.  I know this from experience, having played in a couple of his campaigns (one set in the Young Kingdoms and one set in Mythic Britain) over the years, as well as few shorter adventures from time to time.

Also running a few games of Empire of the Petal Throne is James Maliszewski, the fellow who used to write the Grognardia blog.  I have to confess that I’m a bit surprised to see Maliszewski as one of the Con’s VIPs, given how his ‘Dwimmermount’ kickstarter turned out.  I was not interested in, and hence did not back, ‘Dwimmermount.’  And I only casually followed the massive disaster that it became.  But my impression is that there were, and presumably still are, many within the ‘old school’ community who feel that they were badly burned by his abandonment of that project.  Perhaps, though, all that is water under the bridge now?  (I have no idea.)

In any case, OSCon should be good fun.  I took part in the second one (summer of 2012, I believe), during which I ran a Call of Cthulhu game.  I won’t be running a game this time around, but I look forward to playing in a couple.

In response to my last post – in which I criticized Chaosium’s decision to abandon RuneQuest 6 and instead develop yet another version of the game (the fourth one in less than a decade) – I received the following comment from 'MOB', Vice-President of Chaosium:

You are of course welcome to voice your opinion about Chaosium's plans for the new edition of RQ. But what's with the OTT headline? Anyone reading just that could come away with the impression the company has been mortally wounded and is about to go under. Which is absolutely not the case. Not cool at all.

Despite whatever "insider knowledge" you say you have, the ongoing relationship between Chaosium and TDM continues to be completely amicable: we are not just professional colleagues but long-standing friends. Someone's already posted the link to our Q&A about the new edition, which makes clear it is far from being just a "modified version of RuneQuest 2" and in fact retains many core elements of RQ6. Loz and Pete will rightly feature in the credits of the new Chaosium edition, and we have wished them well for the direction they are taking with the TDM successor to RQ6 (just as they have wished us well). While Chaosium and TDM have mutually decided to work on our own things for now, we all agree the door remains firmly open for future collaborations.

While I’m grateful to MOB for his contribution to the discussion, I found this to be a rather strange comment, for a few reasons:

1. I can’t imagine that anyone who read my previous post would interpret it, or its title, as commenting on Chaosium’s financial condition. I think that it’s obvious that my remarks concern only Chaosium’s decision regarding the future of RuneQuest. I cannot control how others interpret what I write, obviously, but Chaosium’s interpretation does not strike me to be a very plausible one at all. (And anyone remotely familiar with Chaosium would surely know that the Call of Cthulhu role-playing game is far more popular, and thus presumably far more important for Chaosium’s financial health, than Runequest.)

2. As for my “insider knowledge,” I didn’t reveal any of that knowledge in this post – except for the timing of Chaosium’s decision not to use RQ6 in the future (which MOB obviously does not dispute, as it's knowledge that I did in fact have).

3. Chaosium goes to great pains in the comment to emphasize how amicable things are between them and the Design Mechanism. That’s wonderful. But it has no connection to anything that I stated in the post. At no point did I claim or even suggest that relations between the two companies are now unfriendly or hostile.

In any case, RuneQuest aside, I certainly do hope that the new Chaosium succeeds, as I am a huge Call of Cthulhu fan. Moreover, I actually am pretty happy with the (somewhat controversial) 7th edition of CoC – as is clear from my review of it (the RPGsite version), and my ongoing use of it in my current CoC campaign. I was a backer of the kickstarter, and am grateful that the new management has taken charge of sorting that out. My impression is that they’ve been doing a very fine job with it. I’m also excited about Chaosium’s reinvigorated Cthulhu Mythos fiction line.

To conclude: (a) I don’t intend to post anything more about Chaosium’s new direction for RuneQuest here (unless something especially newsworthy occurs); and (b) I wish them well, and likely will continue to support (and blog about, etc.) their work on Call of Cthulhu. So that’s that.
Posted by Akrasia 15 comments: 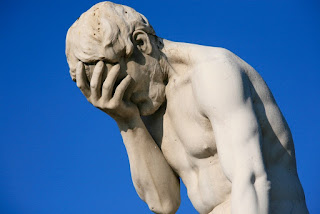