Mythras is my favourite FRPG of the 21st Century and Lyonesse is one of my favourite trilogies of the 20th Century—so naturally I’m a great fan of Design Mechanism’s new Lyonesse FRPG, which artfully combines these two things! 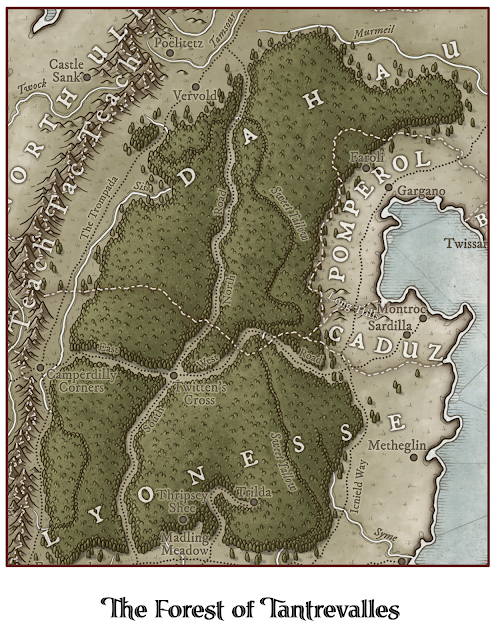 For the edification of all, I recommend the fine review of this excellent book at the blog “Reviews from R’lyeh.” Reviewer Pookie’s conclusion:

“Lyonesse: Fantasy Roleplaying Based on the Novels by Jack Vance is fantastic and thorough, almost compendium-like adaptation of a classic fantastical setting, one that is likely to feel almost familiar to many gamers, because even if they have not read the novels, they will have encountered its influence on Dungeons & Dragons. This provides an opportunity for roleplayers old and new, unaware of them or not, to visit the Elder Isles, the setting of that influence, and explore it in all of its glory and grit, its whimsy and wonder, its manners and machinations, its delights and its dangers, in this well designed, well researched roleplaying game.” 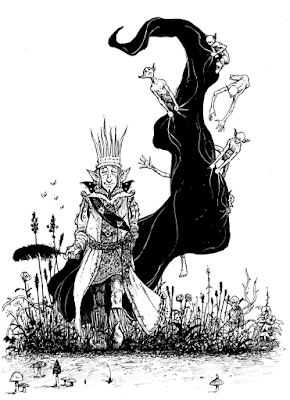 Happy 2021 everyone! Hopefully things will get better in the new year.

The Two Gords of Greyhawk 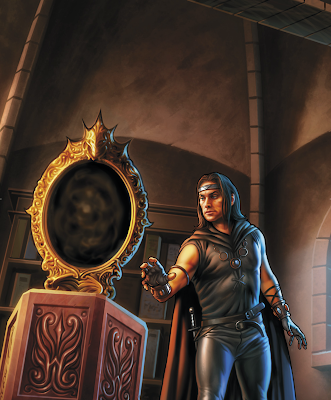 I worked my way through most of Gary Gygax’s “Gord” novels last autumn, winter, and spring. I’ve now read them all except for the last one (Dance of Demons), which I’ve been putting off. I’ll get to it eventually, but in mid-March I needed to take a break. (Also, I know how the last one ends, at least in a general sense. I won’t reveal anything here, except to say that this knowledge has dampened my enthusiasm for reading that final book.)

These stories were casual “bedtime reading” for me. Indeed, they sometimes helped to induce sleepiness. I read these works both out of interest—in my youth I had read only the first Gord novel and had always wondered about the others—as well as to familiarize myself better with the World of Greyhawk for my Dungeons and Dragons campaign. (Greyhawk has always seemed to me the most flavourful of the "official" worlds for AD&D, and as Gygax’s creation, manifests a distinctly “Vancian” ethos which I quite appreciate.)

Gygax’s flaws as a fiction writer are many. I won’t delve into them here. But I nonetheless enjoyed reading these stories because of what they reveal about the World of Greyhawk and the more general assumptions (metaphysical, moral, and aesthetic) underpinning AD&D. As I’ve noted before here, I find the implicit universe in first edition AD&D, and its explicit expression in the World of Greyhawk, quite distinctive and evocative. Someone with no interest in or fondness for AD&D or Greyhawk, however, likely would find Gygax’s fiction to be rather unappetizing fare.

Having read most of Gygax’s Gord stories, I think that it is possible to distinguish between two “Gords” and corresponding “Greyhawks.” The first can be found in the first novel (Saga of Old City), which lacks an overarching plot (it essentially describes Gord’s various adventures as he grows up and travels throughout parts of the eastern Flanaess), and the short stories (as presented in Night Arrant and scattered throughout various issues of Dragon). In these tales Greyhawk comes across as a world like R.E. Howard’s Hyboria or Jack Vance’s Dying Earth (but with elves, orcs, demons, devils, and so forth). These are the better tales, in my judgement. In them Gord is “just an adventurer,” albeit in the mold, say, of Conan, the Gray Mouser, or Cugel.

I especially recommend “The Weird Occurrence in Odd Alley” (in Night Arrant). The story is probably Gygax’s best one, both in style and substance. The setting is quite intriguing. It’s almost a “proto-Planescape”—an urban market hub with portals to various planes of existence, including Oerth and our very own Earth. (I was going to write more about this story and the intriguing inter-planar market it describes, but I recently came across this excellent discussion by T. Foster, and cannot think of anything to add to it, at least not at the moment. For additional discussion of Gygax’s Gord stories by Foster, check out this interesting post.)

Alas, about halfway through the second novel (Artifact of Evil) a change seems to take place. Gord is transformed into some kind of Moorcockian “Eternal Champion”-like figure. Grand struggles between powerful trans-planar factions are described. One such faction is a cabal of formidable defenders of the “Balance” (which includes the likes of Mordenkainen, Tenser, the Cat Lord, and the Mage of the Valley, among others). Gord joins their ranks. Indeed, it turns out that he is some kind of messiah figure (someone who had been protected by the Agents of the Balance in a novel—City of Hawks—that describes his origins and early life alongside with the events in Saga of Old City, but characterized in a dramatically different way). It turns out that Gord is the Champion of the Balance! Now Gord plays a role in Gygax’s “epic fantasy” akin to Elric, Corum, or Hawkmoon.

In Gygax’s tales, though, the “Balance” is situated between “Good” (with a capital “G”) and “Evil” (with a capital “E”)—although there are struggles amongst the various factions of Evil, of course (namely, Chaotic demons versus Lawful devils). This Cosmic Struggle is less interesting than Moorcock’s “Law-versus-Chaos” one. And indeed, the stories become less interesting the more “epic” their scale. I personally much preferred Gord qua “Gray Mouser” than qua “Elric.” (I do love many of Moorcock’s Eternal Champion stories, but I don’t think Gygax handles the genre well, and forcing Gord and Greyhawk into that mold strikes me as an unfortunate decision.) Likewise, I prefer the Greyhawk of the earlier stories: a vast world with myriad small struggles, all independent of a singular overarching cosmic war. It’s rather a pity that this shift occurred.

Nonetheless, I’m glad that I read these tales. I eventually will read the final one (for the sake of completeness if nothing else). I think that they gave me insight into how Gygax construed the World of Greyhawk. And there were other interesting bits as well: in addition to “Weird Way” (the “proto-Planescape” setting I noted above) the description of the Plane of Shadow in City of Hawks is rather evocative. 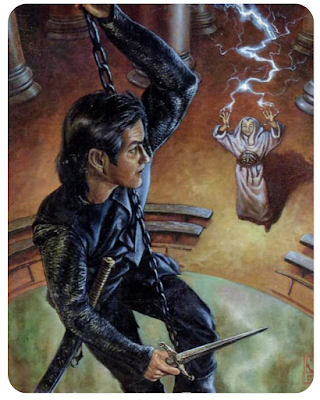