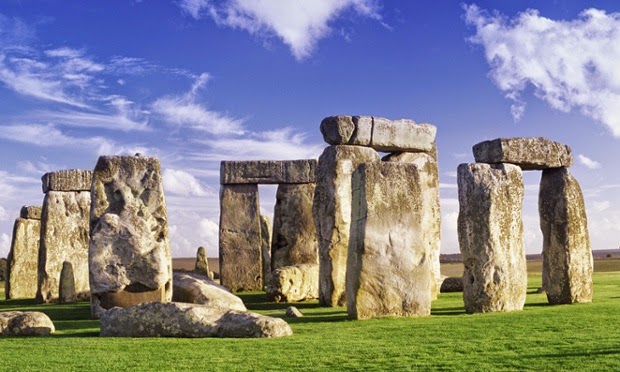 There is a new theory concerning the function of stonehenge:


The megaliths would not have been used for ceremonies at ground level, but would instead have supported a circular wooden platform on which ceremonies were performed to the rotating heavens, the theory suggests.

Sounds interesting and not entirely implausible (at least to a non-archaeologist like myself).  (Full article here.)

After all these years, I still find thinking about stonehenge strangely magical...

So apparently there is going to be a sequel to the 1982 classic science fiction film Blade Runner.

This is a bad idea.

The Director’s Cut version of Blade Runner (the version without the horrible voiceover, without the tacked-on happy ending, and with the scene of the unicorn dream) is pretty much the perfect science fiction film.  It is self-contained, with no loose-endings.  It is visually and aurally stunning.  It is an immersive experience that asks deep questions. (‘What is it to be human?’ ‘What is it to be a slave?’)  And its ending is wonderfully ambiguous – is Deckard a replicant or not?  No answer to this question is given, and the film is open to either interpretation.

Blade Runner should not be messed with at this point.  As Rob Bricken correctly notes at io9, “Blade Runner 2 Is The Least Necessary Sequel Of All Time.”

But no.  Hollywood is so bereft of new ideas, and so eager for easy money, that a sequel is in the works.  And Harrison Ford will be returning.  (Well, I guess that since Deckard lives for another 30+ years after the events depicted within the original film, it’s pretty clear that he is not a replicant after all… *sigh*)
Posted by Akrasia 4 comments: 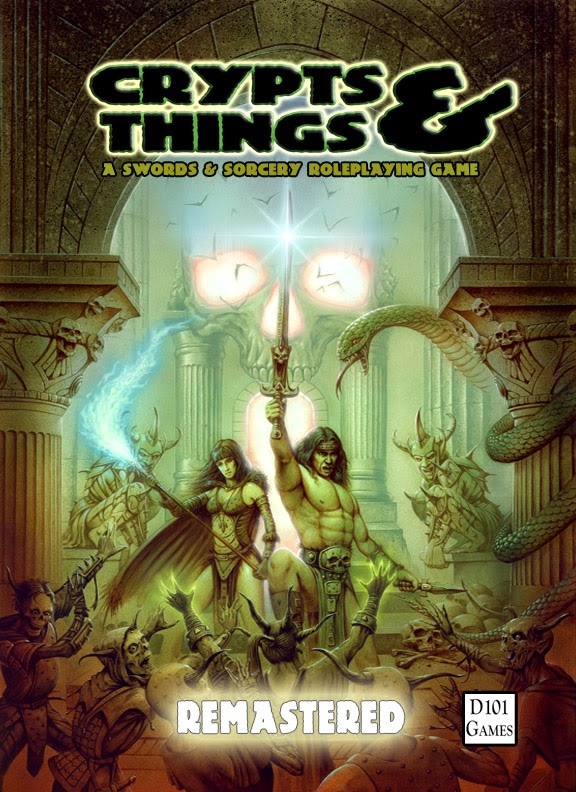 The Kickstarter for the 'remastered' edition of Crypts & Things is now live!

Newt Newport has been posting about C&T quite a bit of late over at his fine blog, Sorcerer Under Mountain.  If you are at all curious about the game -- and you should be! -- I recommend that you check out Newt's blog.

There are some other posts on C&T over at the blogs They Might Be Gazebos!, Tenkar's Tavern, and Swords & Stitchery.

By Crom, I am looking forward to the mighty-thewed remastered edition of Crypts & Things!