Since October 2014, I've been running a (very) sporadic Call of Cthulhu 7th edition campaign. Most of the adventures I've run have been new ones written for the 7th edition. The one exception is "The Haunting," which of course dates back to the beginning of Call of Cthulhu. Since "The Haunting" was included with the "quick start" rules for 7th edition, I started with it. Below is my brief summary of that adventure. (I will post summaries and impressions of the other adventures in the near future.) 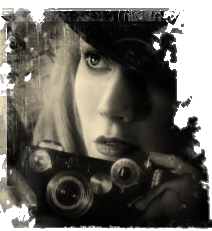 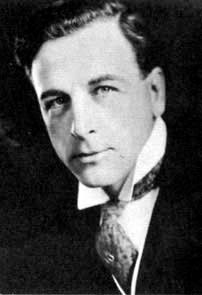 Bertrand Smyth. Lecturer in Archaeology. Originally from London.
- Visiting lecturer at Harvard University (1922-23).
- Specializes in Ancient Greece.
- A veteran of the Great War.
- Cousin of Stephen Knott (property-owner and collector of rare artifacts).
- A bit of a ‘fuddy-duddy’ (dresses in an unstylish Edwardian manner). 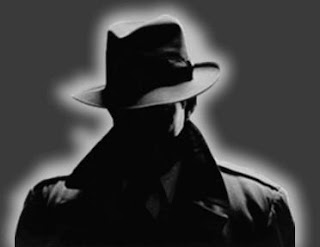 The Scenario: The Haunting (September 1922).
[Warning: Spoilers below!]

Stephen Knott – cousin of Bertrand Smyth and owner of several Boston properties (‘Knott Properties’) – hires Max Brewster to investigate the ‘Corbitt house’. Knott has had trouble selling the house because of rumours that it is ‘haunted.’ Helen becomes involved because she knows of the house’s reputation and thinks that there may be a story worth pursuing. Bertrand agrees to assist in the investigation as a favour to his cousin. After some preliminary research the party investigates the house and discovers that it is indeed haunted. Poor Bertrand is tossed out of a second-story window by an animated cot, and later is attacked by a floating knife. Battered and frightened, the investigators leave the house.

Before returning to the house, in the course of their investigations, the party explores the ruins of the ‘Chapel of Contemplation.’ They come across some strange symbols amongst those ruins – symbols that look to have been recently painted. The symbols are of three Y’s arranged in a triangle, with a staring eye in the centre. 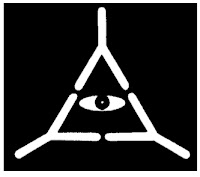 A previously hidden basement also is discovered. There the investigators locate a moldy journal and an ancient tome (the tome later is identified by Bertrand to be the Liber Ivonis). Employing her connections with the Boston police department, Helen subsequently discovers that the church had been subject to a secret police raid years ago because of alleged unsavoury ‘cultish’ activities. The ‘pastor’ of the church, Michael Thomas, was arrested and sentenced to 40 years in prison on five counts of second-degree murder. However, he escaped from prison in 1917 and remains at large.

Eventually the investigators discover a hidden crypt beneath the Corbitt house, and encounter the undead sorcerer Walter Corbitt. It seems that it was Corbitt who had been causing all of the mysterious difficulties within the house since his ‘death’ in 1866 (including the deaths and mental illnesses of the house’s occupants over the past several decades, most recently the Macario family). After a tense struggle, the investigators defeat Corbitt, and the vile sorcerer’s body dissipates into dust. The investigators decide not to mention Corbitt’s existence to anyone else, including Stephen Knott. 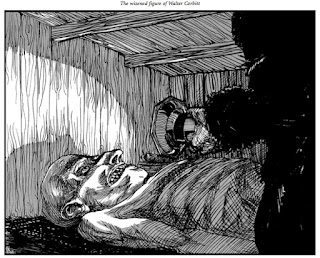 After their victory over Corbitt, the investigators resume their old lives as best they can, but remain in touch because of their shared experience (which they cannot discuss with anyone else). Bertrand studies the Libor Invonis and learns some things that mankind was not meant to know…

Thoughts on the scenario:

This is a solid adventure that (obviously) has stood the test of time. The players were appropriately creeped out as their investigators learned more about the Corbitt manor and the Chapel of Contemplation. The final encounter was quite tense, with Corbitt taking control of Helen and almost killing poor Max!

One weakness with the scenario is that not much is provided in the text in terms of advice for bringing the investigators together and motivating them to work for Stephen Knott. In this respect, I think that "The Edge of Darkness" is a better beginning adventure, as it provides a compelling reason for the investigators to work together and go on the mission in question (it also provides more structure for players unfamiliar with role-playing games).

That criticism aside, though, we all enjoyed this adventure. It was a good way to test out the 7e rules. I would give it 8/10.

This news is a few weeks old, but since I'm too busy to write a proper post right now, I thought that I would mention that there is a Beren and Lúthien book coming next year. (More info available here and here.) 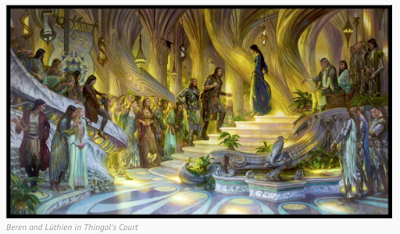 Last month I finally got around to reading The Children of Húrin -- and thoroughly enjoyed it! I've been getting back 'into' Middle-earth over the past few month (in no small part thanks to Cubicle 7's Adventures in Middle-earth book), and so am looking forward to picking up Beren and Lúthien once it's available.

For someone who's been dead for over four decades, Prof. Tolkien certainly is quite prolific!
Posted by Akrasia No comments: