The Watchmen HBO series is excellent 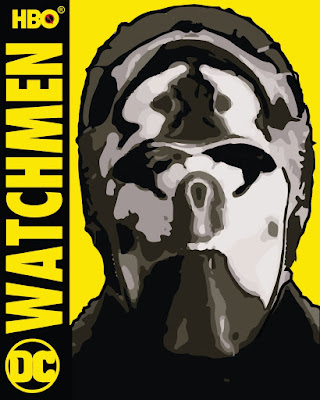 I wanted to mention this before being completely overwhelmed by the holidays and then forgetting to do so in the new year: HBO’s recent series The Watchmen is excellent and well worth your time.

As I’ve mentioned before here, the original Watchmen is my favourite ‘superhero’ comic series of all time. But I was quite sceptical when HBO announced that it would be producing a series set in the same universe (to take place 34 years after the original story). Unsurprisingly, Alan Moore refused to be associated with it (although Watchmen co-creator Dave Gibbons was heavily involved). And the promotions for it that I watched over the summer were not terribly inspiring.

I am pleased to report that my misgivings were entirely misplaced. Not only is The Watchmen the best superhero television series that I’ve ever watched, it’s one of the best television series I’ve ever watched simpliciter. Every episode is superb—with episodes 3 (“She Was Killed by Space Junk”), 5 (“Little Fear of Lightning”), 6 (“The Extraordinary Being”) and 8 (“A God Walks into Abar”)—worthy of special mention in terms of innovation and vision.

The whole series ties together extremely well. The ending is refreshingly satisfying: it resolves the main storylines while leaving enough open to permit a second series. Thankfully, the ‘twists’—of which there are many—all make sense. The overall story and Watchmen universe is highly coherent and compelling. And the soundtrack (by Trent Reznor and Atticus Ross) is magnificent.

Apparently, there may not be a second season. As a successful self-contained story, though, The Watchmen doesn’t need one. But I hope that the story continues nonetheless: I want to know the fate of poor Nite Owl!

Dark Rumblings for the Rise of Skywalker 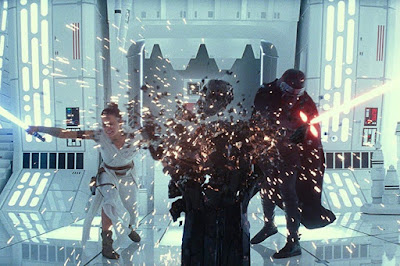 Based on this review, The Rise of Skywalker sounds like a real mess.

I’ve liked—but not loved—the recent movies well enough. They’ve certainly been an improvement over the prequels! However, the intense feelings they’ve generated amongst some of the fans, especially The Last Jedi, mystify me. (And I simply don’t care enough about Star Wars to learn about the various criticisms and grievances to become ‘de-mystified’…)

I suspect that I’m somewhat unusual in this respect, but of the recent Star Wars films I’ve much preferred the ‘standalone’ films—Rogue One and Solo—to the trilogy. Rogue One in particular is excellent. I suspect that one reason for their superior quality is that they are not embedded in a trilogy that must somehow be ‘epic’ in nature. Their themes are quite different. Moreover, they take place around the time of the original series, which strikes me as a more coherent setting than that of the current trilogy.

Anyhow, perhaps Rise will turn out to be decent after all. I’ll see it eventually in any case. But I’m certainly not ‘invested’ in it. Once the Ewoks first stumbled into the Star Wars universe in The Return of the Jedi, I realized that I was really not a Star Wars fan after all. I like it but I don’t love it. I’ll take Nazgûl over Sith any day.