I enjoyed reading, and hence recommend, this article: “Plague Comforts: Dungeons and Dragons is the Real World Now,” by Will Peischel.

I certainly have found playing RPGs online to be a great way to stay in touch with old friends (in my case, a couple of friends from my undergraduate days). And gaming over the years has provided a kind of ‘structured escapism’ that has helped me deal with the stresses and uncertainties of adulthood (which frustratingly seem to become more, rather than less, acute with each passing year).

Unlike the author and many of my friends, though, I’ve had far less time than usual to devote to my hobbies, including role-playing games, thanks to the pandemic. Indeed, I haven’t been running any games myself. However, I recently joined a Mythic Babylon campaign, and hope that I can resurrect my Greyhawk campaign sometime next month. I could use a partial return to 'normalcy.'

A return to Icewind Dale

As I’ve mentioned before here, when it comes to classic Dungeons and Dragons settings, I’m much more of a “Greyhawk” person than a “Forgotten Realms” person. But I do like aspects of the Realms.

It’s a bit unfortunate what the Forgotten Realms setting has become over the past few decades. Decisions made during the era of fourth edition Dungeons and Dragons especially were quite misguided. (The “Spell Plague”? Blech!) The original “grey box” version was (in my view) quite good. Nonetheless, even now, after all these years and missteps, there are potions of the Realms that I continue to like. I still think that the Moonshae Islands, the Sword Coast, and Icewind Dale are cool regions with lots of potential for interesting adventures.

One of the reasons why I remain fond of the Icewind Dale region is the classic computer role-playing game set there, for which there is an ‘Enhanced Edition’ version. I still play it occasionally, especially when I’m too busy with “adult life” to get a proper role-playing game campaign together. In fact, I’ve been playing IWD EE lately—improved with some fun new ‘mods’ to keep it fresh. 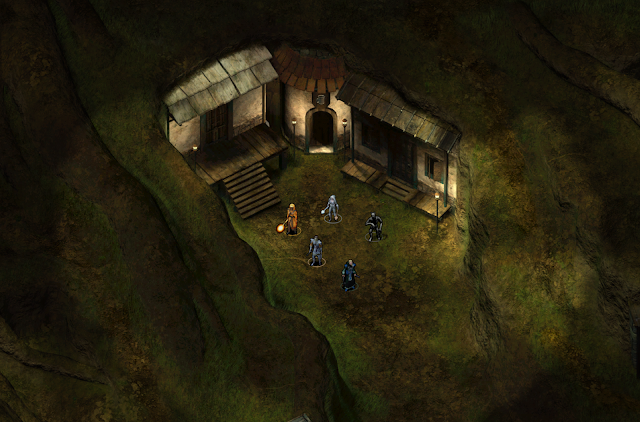 [The party in the village of Kuldahar] 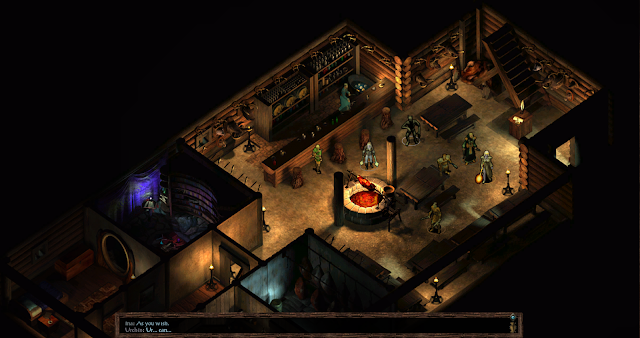 [Some rest and relaxation in the "Whistling Gallows" inn of Lonelywood]

So, I am somewhat intrigued by this forthcoming product: Icewind Dale: Rime of the Frostmaiden. I’ll pick it up for nostalgia reasons alone. (I thought that the “D&D Next” module/mini-campaign setting, Legacy of the Crystal Shard, was quite good.) The art alone looks gorgeous.

Finally, also related to the Forgotten Realms, check out these early maps by Ed Greenwood. 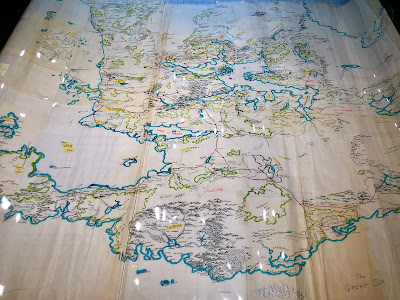 Okay, that’s enough Realms stuff for now. I have a few things about Greyhawk that I hope to post in the near future (in addition to my final campaign notes for my Adventures in Middle-earth Mirkwood campaign.) Stay safe and healthy!