Two blocs away from my apartment in Chicago is this extremely cool 'Lovecraftian' billboard: 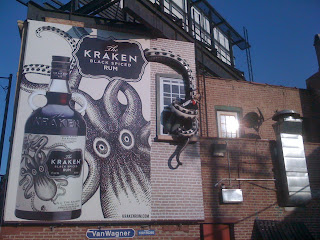 That fellow (who is dressed in manner that seems appropriate for the 1920s) seems to have run afoul of some eldritch horror. 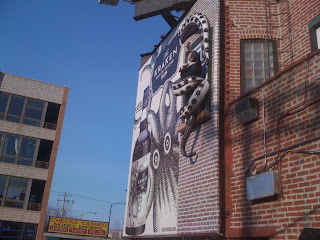 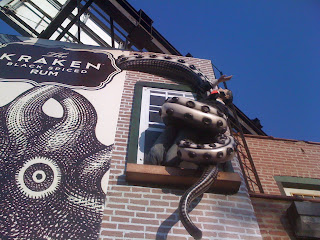 Beware the rum of the Deep Ones!

Newt Newport has posted a preview of OpenQuest 2 -- in its full colour glory -- here.

OQ2 promises to be one very attractive book!
Posted by Akrasia No comments:

So it should come as no surprise that I’m pretty thrilled by the cover for the forthcoming second printing of Swords & Wizardry Complete: 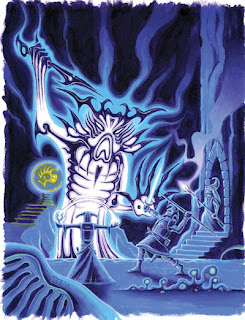 
The folks at the Design Mechanism have made available, for free, the first adventure in their forthcoming Book of Quests for RuneQuest 6.  The adventure is entitled ‘The Caravan.’  The PDF is here.  (It also should be easily useable with Legend, OpenQuest, and BRP.)

My friend Marcus played through the adventure a few months ago and was quite favourably impressed by it!

Basic Dungeons and Dragons is Back

I’m sure that this is old news for those readers who follow ‘old school’ RPG blogs and websites.  Nonetheless, I am pleased to report that, for the first time ever, the 1980 version of the Basic Dungeons & Dragons rules – the version edited by Tom Moldvay – is available (legally) as a PDF. 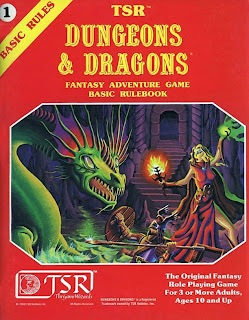 The 1980 Basic D&D rules, along with the 1981 Expert rules – commonly referred to by grognards like myself as ‘B/X D&D’ – constitute my favourite version of D&D.  While I remain very fond of the original Advanced Dungeons and Dragons game (including its ‘High Gygaxian’ text), as well as the (much later) Dungeons and Dragons Rules Cyclopedia, B/X D&D is number one in my view.  It covers everything you need to run a classic fantasy campaign in two slick 64-page books.

Moreover, B/X D&D has the best art overall (with the possible exception of 1e AD&D Players Handbook – Trampier’s work is simply amazing).  Erol Otus’s cover (posted above) really stands out as the best D&D cover ever, in my judgement.  It has a dragon, two adventurers (a fighter and a magic-user), and clearly is set in a dungeon.

Moreover, while the cover illustration portrays a pretty standard fantasy 'action scene', Otus's evocative and unique style confers a strangeness and 'otherworldliness' upon the game that other covers simply don't -- including Dave Sutherland's fine cover for the earlier Holmes-edited Basic Set (the one that I in fact started out with).

I can't look at Otus’s cover – or his one for the Expert rules – and not want to run some classic D&D!

I'm saddened to report that Lynn Willis recently passed away.

Willis was co-author of The Call of Cthulhu, and helped to shape many other RPG lines, including Stormbringer and Elric!.

Here is a brief statement from Chaosium.  And my friend Lawrence Whitaker remembers his interactions with Willis here.
Posted by Akrasia No comments: