"Glad to hear that you had a pleasant Christmas, & the coming year may prove a fruitful and congenial one for you … All religious or other systems assigning mankind an important place in the universe are obviously primitive myths – no matter how widely & persistently perpetuated. So far as any real evidence goes, the cosmos is simply a perpetual field of interacting streams of force amidst which the galactic universe, the solar system, this tiny earth, the principle of animal life, & the human species are nothing more than momentary accidents."

Here's hoping that 2022 will be a better one for the accidental human species on this tiny earth! 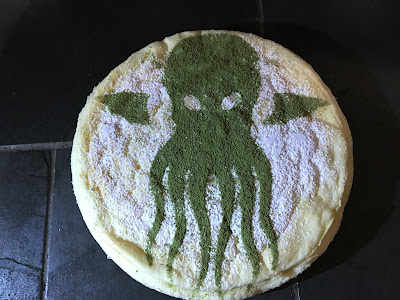 Yesterday I mentioned that the Design Mechanism’s Mythic Babylon was the 20th best-selling "other fantasy" RPG product at DriveThruRPG for 2021. I noted that this was especially impressive given that it is something of a “niche” product.

Well today I learned that within this niche—that of “historical” RPG products—it was the second best-selling RPG product of 2021 at DriveThruRPG. 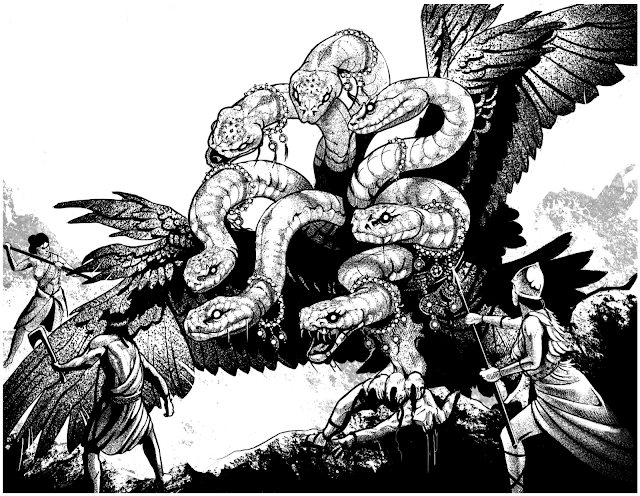 I have no doubt that within the “hyper-niche” of Mesopotamia-based RPGs, it ranks number one!

Mythic Babylon: number 20 in sales, number 1 in my heart

I’ve mentioned Mythic Babylon before here. It’s a great book: impressively researched yet not overwhelming (or dryly “academic”), and full of game-usable content (for the Mythras system). The setting is flavourful and exotic: it’s somewhat alien to most players, yet not so alien as to be incomprehensible (most players probably know who Gilgamesh and Hammurabi were – the setting takes place during Hammurabi’s time, 18th century BC). In addition to the amazing content, the writing is accessible, the maps are clear, and the art is evocative. It’s an informative, useful, and aesthetically striking work. 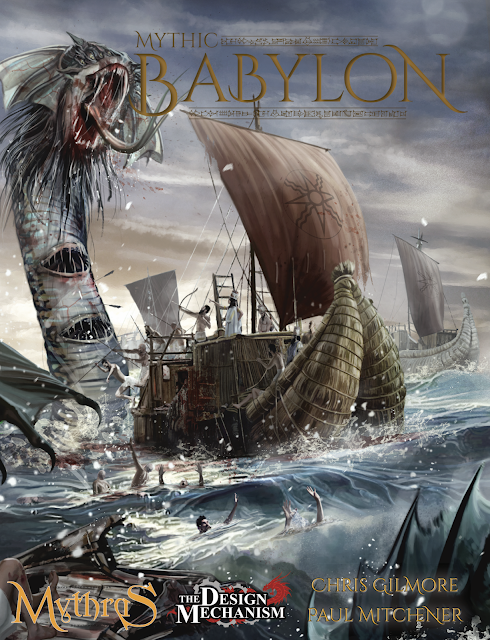 Despite being what I would call a “niche” product (a historical, albeit “mythical,” setting) Mythic Babylon managed to be the 20th best-selling “other” fantasy role-playing product at DriveThruRPG last year!

Kudos to the authors, Paul Mitchener and Chris Gilmore! (Disclosure: the latter is the GM for the Mythic Babylon campaign I’m currently struggling to survive in.) And kudos to the Design Mechanism for continually turning out top-notch products.

How B2 became part of Basic Dungeons and Dragons

As I’ve mentioned before, my “gateway drug” into this hobby was the “Holmes” Dungeons and Dragons Basic Set, a gift from my parents over four decades ago. My version included the infamous “chits” instead of dice, and the classic Gary Gygax module B2: Keep on the Borderlands. 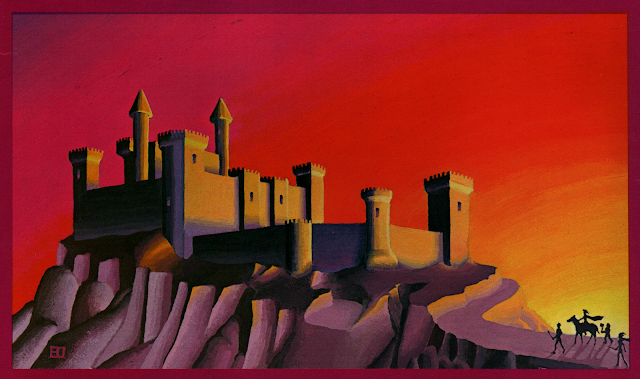 I later learned that earlier versions of the Holmes box set included Mike Carr’s module, B1: In Search of the Unknown. I always had been puzzled as to why this change was made. (At the time I also was confused as to why my box had irritating chits and others had dice, but I later learned that that was because TSR couldn’t obtain enough dice to include in all their fast-selling sets.)

Both modules (B1 and B2) include lots of helpful advice for neophyte DMs. And while B2 is, I think, the superior module overall—it includes a fleshed-out “safe haven,” a “mini-wilderness,” and a complex “dungeon” environment that, in addition to providing a variety of different kinds of monsters and challenges, can enable the players to engage in some role-playing (e.g., allying with some groups against others). Nonetheless, for starting DMs, I think B1 is a better option. It is a classic, straightforward “dungeon crawl.” Also, I thought at the time, shouldn’t B1 be included in the Basic Set?

The explanation for this change, it turns out, was Gygax’s avarice. Jon Peterson explains:

“With the Basic Set carrying In Search of the Unknown now bringing in nearly 100,000 sales per quarter and rising, the 11 cents per copy due to Mike Carr started to amount to real money, especially in pre-1980 dollars.

It was then that Gygax apparently grasped that […] perhaps TSR could try substituting in a different module to the Basic Set — one of Gygax’s own creation, Keep on the Borderlands (B2), which began to ship early in 1980.”

The full story involves TSR’s legal dispute with Dave Arneson and is explained by Peterson in his Polygon article, “How a pending lawsuit changed the original Dungeons & Dragons Basic Set.” (The article was posted two months ago—alas, I’ve been pretty “out of it” over the past few months and only read it today.)

This is hardly the biggest story in the history of role-playing games. But it’s something I distinctly remember wondering about back in the day. It’s nice to know the answer, some forty years later.