This is a post about the artist Charles Peale – no, not this guy! Rather, the artist who did a lot of the early interior black-and-white illustrations for Iron Crown Enterprises (ICE).

During its heyday of the 1980s and early 1990s, ICE boasted some excellent art. I’ve praised the amazing maps by Peter Fenlon here before, as well as the inspiring colour covers by Angus McBride.

Reading through the new fantasy role-playing game (a kind-of-but-not-exactly-MERP-clone) Against the Darkmaster (VsD), I felt compelled to look through some of my old MERP campaign and adventure modules. (Yes, despite having loads of work to do, I wasted some time daydreaming about someday running a VsD campaign employing these classic works.)

Looking through these old books I was reminded of my fondness for Peale’s work. I really loved his line work, the ‘clean’ aesthetics of his pictures, and always wondered why ICE stopped using his material. ICE eventually switched to Liz Danforth for most of their interior art. While I like Danforth’s work well enough, I prefer Peale’s overall – there is, in my view, something ‘artificial’ or ‘stiff’ about the poses of Dansforth’s figures.

Anyhow, since I suspect that many people who occasionally visit this blog might be unfamiliar with Peale’s work, I thought that I would post some of his pictures here. It would be great if his work could be appreciated by a wider audience.

Here are some pictures from the Middle-earth modules Mirkwood, Isengard, Bree, and Cirith Ungol: 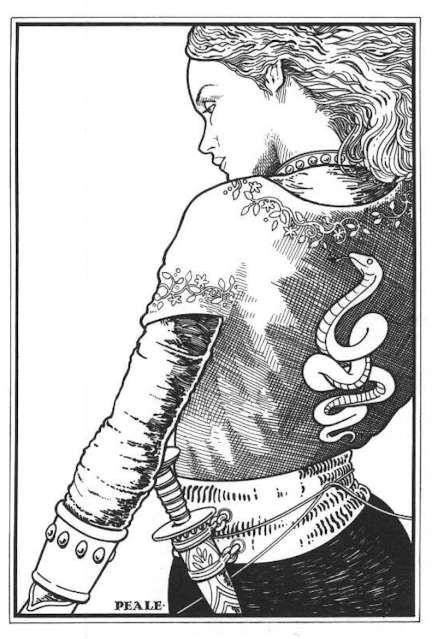 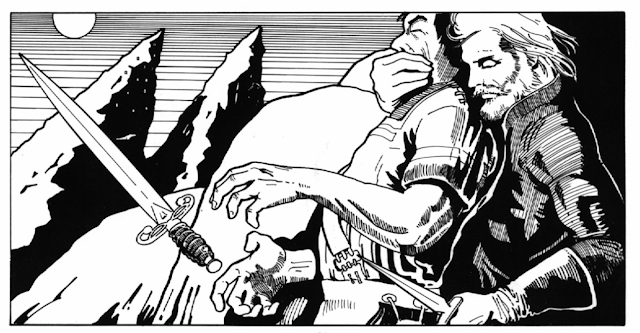 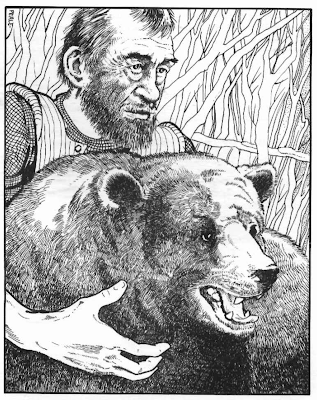 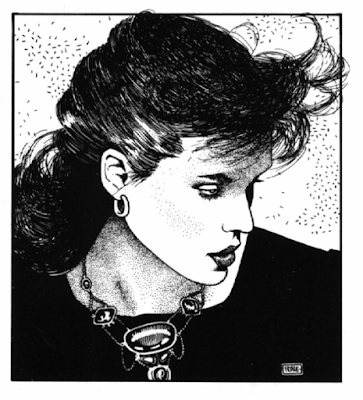 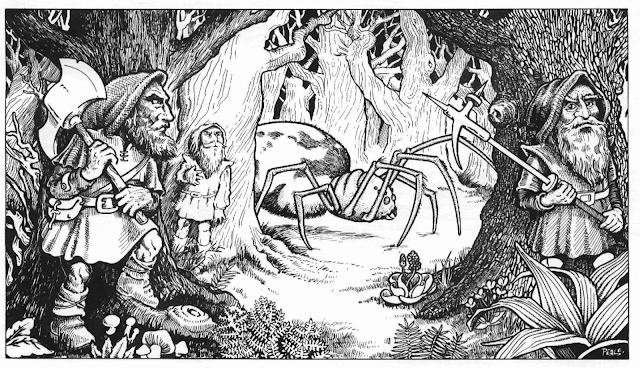 [Dwarves hiding from a giant spider in Northern Mirkwood] 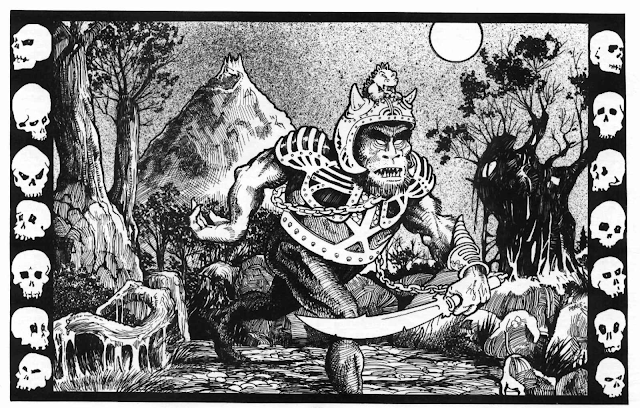 [An orc follower of the Necromancer in Southern Mirkwood] 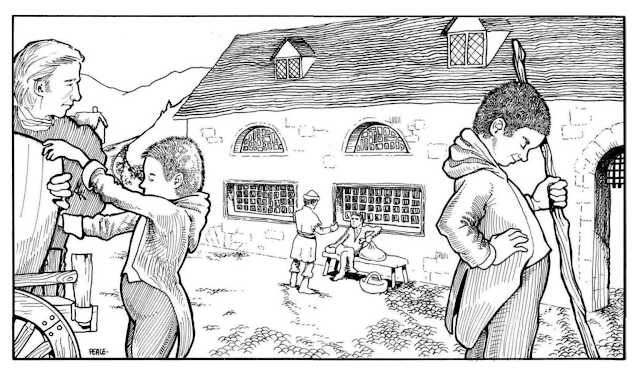 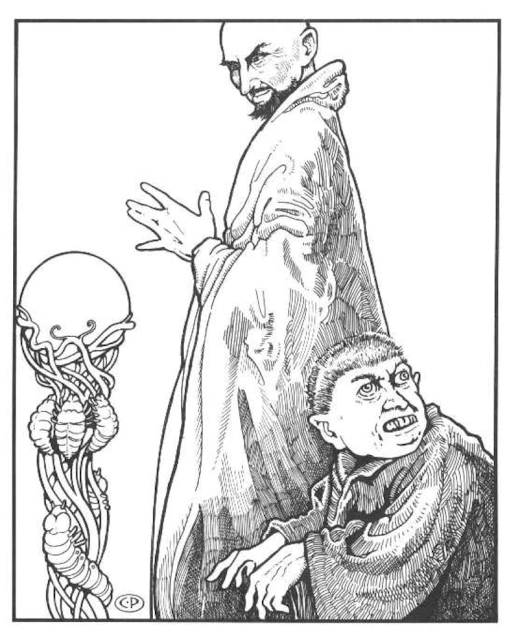 [Saruman and Wormtongue in Isengard]

I will post some art that Peale did for the amazing campaign module The Court of Ardor later this week.
Posted by Akrasia 5 comments: