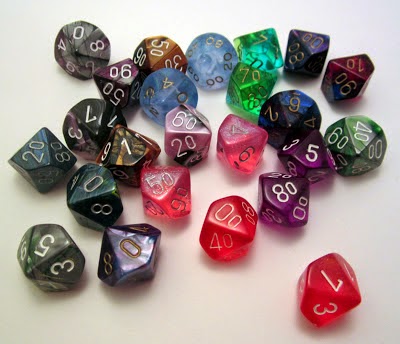 After over a year of very little gaming – nothing other than a half-dozen online sessions of AD&D – I’m about to jump back into the RPG pool in a big way.  (This is primarily the result of spending the next 11 months in Toronto.  Because of work commitments, travel, and general pathetic laziness on my part, I never got any ‘in person’ gaming going in Chicago over the past two years.)

Lawrence Whitaker (co-author of RuneQuest 6, among many other things) is hosting a few gamers at his place this weekend.  Unsurprisingly, we likely will play a couple of RQ6 games: a return to the epic Young Kingdoms campaign that Lawrence GM’ed three years ago, as well as something in his forthcoming Mythic Britain setting.  Also in the queue is a session of Trail of Cthulhu (which I’ve owned for years, but never played).  I plan to run either a session of Call of Cthulhu (7th edition) or Dungeons & Dragons (5th edition).

After this weekend I hope to write up some of my impressions of these games, especially the ones that I haven’t played or run yet (I already have played and have a very positive opinion of RQ6).

Moreover, I am looking forward to returning this blog to some semblance of life over the next year.  (It also needs a thorough updating, with respect to links, layout, etc.  It looks so 2009!)

Mythic Britain is a forthcoming campaign setting for RuneQuest 6.  The good folks at The Design Mechanism have released a preview of the setting material, as well as a complete adventure for the setting, "Caves of the Circind."

The preview looks great!  I can't comment on the adventure, though, as I believe that I'll be playing through it in less than two weeks.  (I'll try to write up a post-play report afterwards.)
Posted by Akrasia No comments:

Another classic from the brilliant Existential Comics: "Dungeons & Dragons & Philosophers: The Interdisciplinary Disaster".

I especially like the description of Georg Cantor: "He solved the problem of what happens when you do infinite damage to a monster with infinite hit points. It dies."
Posted by Akrasia 1 comment: