Some Thoughts on Greyhawk and the Golden Age of Gygax

I started an online Greyhawk campaign last autumn (as mentioned in this post). In preparation for it, I reread most of Gary Gygax’s classic World of Greyhawk campaign setting (the 1983 ‘gold box’ version, which is my favourite, even though I prefer the art in the 1980 ‘folio’). I also reread bits of other Greyhawk-related works by Gygax (modules, some of the ‘Gord’ novels and stories, etc.) and portions of the original Advanced Dungeons and Dragons rules. Doing this reminded me of the singular character of his work. 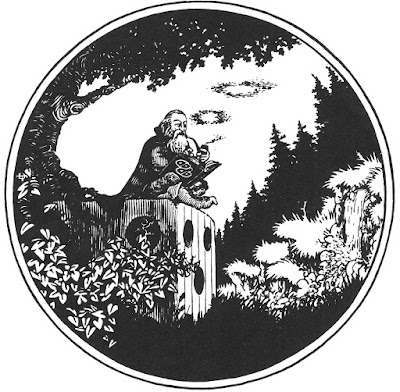 In his publications from about 1977 to 1984 — what I think of as the ‘golden age’ of his creative output — Gygax's writings conveyed a very strong ‘vision’ for AD&D, and especially the world of Greyhawk. These works have a distinctive character and ethos. As I read them again, I realized that I rather liked ‘Gygaxian’ fantasy. (Or rather, I realized again that I liked it. Although I spent many weekends poring through The Dungeon Master’s Guide and various modules in my youth, I didn't really appreciate the uniqueness of Gygax’s work as a teenager. I subsequently went on to focus on other RPGs before ‘rediscovering’ AD&D and Greyhawk about 16 years ago, as part of my reaction against 3rd edition D&D. While my current campaign uses the 5th edition D&D rules, I strive to maintain a ‘1983’ ethos during our group’s sessions.)

The AD&D books are works of art — flawed, yes, but bursting with idiosyncratic creativity and energy, often drawing on eclectic and diverse sources. The ‘artifacts and relics’ section of the DMG alone is an evocative masterpiece. The original 'Drow' are among the greatest fantasy villains of all time. Many of Gygax's modules are remarkable in terms of their vision and originality (the Forgotten Temple of Tharizdun is a masterpiece of ‘weird’ fantasy). And the World of Greyhawk is a colourful swords-and-sorcery setting (with some Tolkienesque flavourings added, thanks to the inclusion of dwarves, elves, orcs, and so forth).

When I read Gygax's work (AD&D, the modules, etc.) I find his ‘vision’ to be clear and distinctive. In my view, it's primarily ‘Vancian’ in its literary inspiration (namely, Jack Vance’s early ‘Dying Earth’ stories), but with elements from the fiction of Robert E. Howard, H.P. Lovecraft, Poul Anderson, and others, plus bits of Michael Moorcock and J.R.R. Tolkien. And of course Gygax drew upon real world history quite a bit. It’s an odd mix, to be sure, but it works overall (in my judgement).

For the most part, Gygax’s later (post-TSR) work never really interested me (except, somewhat, for the Castle Zagyg material, which of course was an attempt to ‘reconstruct’ some elements of his earliest campaign). And I found many of the Dragon editorials (i.e., ‘rants’) written by him while he was at TSR grating and pompous (especially the infamous anti-Lord of the Rings one, which caused my adolescent self great dismay). While my few interactions with him online in the early part of this century (within a couple of Q&A threads at RPG forums) were pleasant and informative, I suspect that I should be grateful that I did not know him better, as I doubt (based on my limited knowledge) that I would have found his personality and views congenial overall. But so what? It’s his positive creative contributions that count. (Many of my favourite authors are people whom I probably would not be that fond of in real life, e.g., H.P. Lovecraft.)

Despite their flaws, I find the materials that comprise golden age ‘Gygaxiana’—the core hardback AD&D rulebooks (plus Monster Manual 2, and some parts of Unearthed Arcana), the classic modules (G1-3, D1-3, S1, WG4, etc.), the World of Greyhawk, and so forth—to be evocative, unique, and wonderful fun.


"I didn't slop over in youthful romance, since I didn't believe -- and still don't -- in the existence of sentimental 'love' as a definite, powerful, or persistent human emotion. I have always regarded marriage as composed of friendly regard, mental congeniality, social foresight, and practical advantage; to which at first the element of biological eroticism is added."

I'm sure that my spouse will swoon once she reads this written in her card tonight... 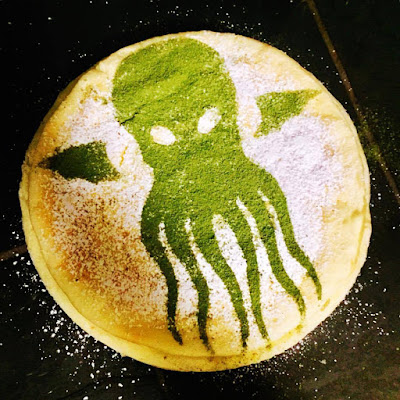