Thinking of running a ‘swords-and-sorcery’ style Mythras (RuneQuest 6) campaign? This thread at the RPGsite contains some helpful advice.

(Also, this older thread on using Mythras for Hyboria [the world of Conan] is pretty interesting.)

So it turns out that the Planescape teaser that I mentioned earlier was for the forthcoming 'Enhanced Edition' of the Planescape: Torment computer role-playing game. ("NewbieDM" was right!)

Here is the official announcement. 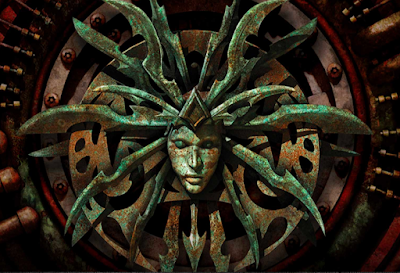 While I'm disappointed that we won't be seeing a new version of the Planescape campaign setting for 5e D&D, at least not in the immediate future, I'm happy to see an 'enhanced' version of the classic Planescape: Torment CRPG coming out soon. The original PS:T is probably the greatest CRPG ever produced, rivaled only by the Baldur's Gate series. (While PS:T has a better story and setting in my view than the BG games, it has less replay value and is less of a 'sandbox'.) The fact that Chris Avellone, the Lead Designer of the original game, is involved gives me confidence that this will be great.

I still have my original box set for the AD&D version of Planescape. Maybe replaying the CRPG will motivate me to dig it out again...

Classic Dungeons and Dragons modules to be reprinted 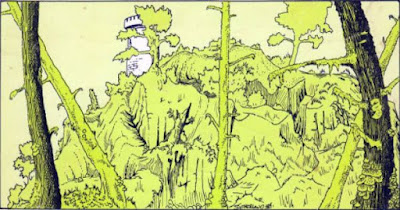 Well this is interesting: Goodman Games has partnered with Wizards of the Coast to publish some classic D&D modules in hardback form.

Here is the full press release:

First Volume Contains B1 and B2 Converted to Fifth Edition, Plus Insider Commentary, and Original Art

Goodman Games is pleased to announce a partnership with Dungeons & Dragons to publish deluxe collector’s editions of classic D&D adventure modules! These commemorative editions will appeal to fans of Dungeons & Dragons across multiple editions. Each volume will include digitally restored, high-quality scans of the original 1970’s-era adventure modules, presented in their original published form. In addition, each volume will include a conversion of that original adventure to the fifth edition rules set. This format allows nostalgic gamers to re-live the adventures of their youth, and play those adventures again in a modern rules set! For gamers with families and children ready to receive the torch of gaming, this volume is the perfect format to share fond adventures with the next generation playing the Dungeon & Dragons fifth edition rules.

The first hardcover collector’s edition will include B1: In Search of the Unknown and B2: The Keep on the Borderlands. These classic adventure modules were played by millions of gamers in their original editions. Among other things, the book includes: The deluxe hardcover volume is anticipated to be available at Gen Con with general release in September 2017. For additional information, visit Goodman Games online at www.goodman-games.com.

Between this line of products (the announcement indicates that the B1+B2 volume will be only the first of many) and the forthcoming Tales from the Yawning Portal, it is clear that WotC is trying to appeal to the 'old school' crowd in at least some of their 5e D&D products.

I for one welcome their pandering!
Posted by Akrasia 4 comments:

The Return of Planescape?

There is a brief note on this 'countdown' at Enworld.
Posted by Akrasia 2 comments:

A New Thing for your Crypts

Crypts & Things remains my favourite old school ‘pseudo-clone’. (The new edition is perhaps somewhat more entrenched in its default setting than I would like, but nonetheless it’s overall a marked improvement over the earlier edition.) So I was delighted to learn that D101 Games is producing a new fanzine for the game entitled From the Shroud. 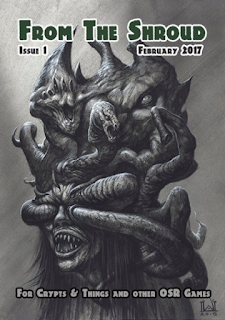 According to D101's blurb, the initial issue includes:


Good eldritch stuff! In addition to Crypts & Things, the material looks useable with most other 'old school' D&D-ish games, including of course Swords & Wizardry (from which C&T draws many of its rules).

And sorcerers: if you’d like to submit something to a future issue, here is the dark knowledge you’ll need.
Posted by Akrasia No comments: 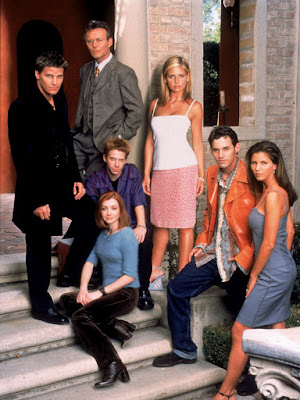 As if I needed yet another reminder of my advancing age, one of my favourite television series of all time, Buffy the Vampire Slayer, premiered 20 years ago last Friday.

I was not a fan of BtVS in its early years. The premise seemed rather ‘silly’ to me, so I did not bother to watch the first few seasons. I was in graduate school at the time, and some of my peers would rave about it while we hung out in the computer room or grad lounge. But I didn’t start watching it until around 2001-02. I didn’t have cable, and so only received about 3 televisions stations on my crappy old box. One of those stations, though, played BtVS reruns late at night (around 1 a.m., I think). I was struggling to write my dissertation at the time, and so would often turn on the tube after a long day of procrastination and self-loathing, only to catch an episode. Very quickly I realized what a fool I had been to write off the series before! Within a couple of weeks I had purchased DVDs of whatever previous seasons were available for sale. By the time the series ended after 7 seasons I had watched every episode (even the bad ones) at least twice. In the years that followed I watched the entire series again at least twice.

While I have not thought much about the series in recent years—I last watched the entire thing with my spouse around 2009 (shortly after we got married)—it has given me countless hours of joy. Its mix of humour, horror, adventure, and drama was—and remains—unique.

Anyhow, it seems that the folks at Vox are big fans of Buffy as well, as they posted a ranking of all 144 episodes, from the worst to the best. I think that the ranking is broadly correct, though I would of course quibble with some specific decisions. In particular, I would rank ‘The Body’ at #1—in fact, “The Body” may be one of the greatest television episodes ever. I certainly can’t think of a more powerful one in any series!

Yes, there definitely are some weak BtVS episodes (“Beer Bad” is … bad). But at its best, BtVS was amazing. And even its middling episodes remain superior to 98% of what’s available on television. (Okay, maybe it’s only 97% these days, thanks to such excellent shows as The Game of Thrones).

All of the ‘top 10’ episodes are truly epic. Thanks Joss! 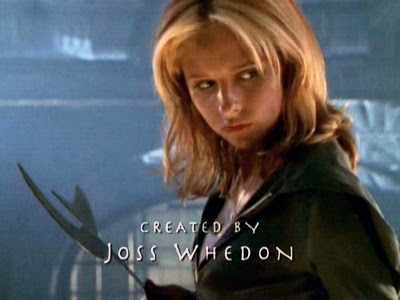 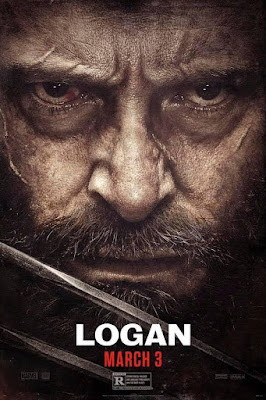 This is just a brief note about the new 'X-men' film Logan. It is excellent. I think that it is well worth seeing even if you don't care for 'superhero' movies.

I'm not a huge superhero fan myself. I see perhaps 50% (at most) of the superhero films that come out these days. (I didn't bother seeing the previous X-men film, and of course I've avoided all the recent DC films.) Moreover, with a few exceptions (e.g., The Dark Knight), I generally find even the superhero films that I do enjoy to be quite forgettable (e.g., I had a good time at last year's Doctor Strange, but it slipped from my mind as soon as I stepped out of the theatre).

Logan is not like that. I saw it last Tuesday and it has intruded into my thoughts since then on a regular basis. It's a powerful film. It's a character-driven film. And it's dark --- but not excessively so. It's ending is sad but satisfying. It's not like any superhero film I've ever seen.