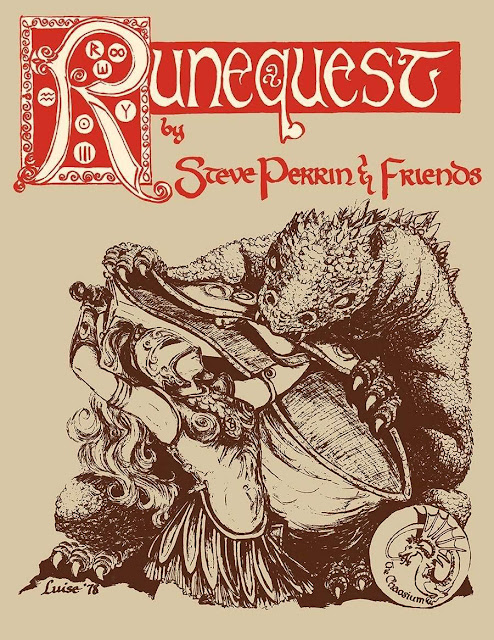 Influential game designer Steve Perrin passed away recently at the age of seventy-five.

In addition to RuneQuest, Perrin authored or contributed to numerous other role-playing games, including two of my all-time favourites: Stormbringer and Call of Cthulhu. And RQ's system, of course, informed all subsequent Basic Roleplaying (BRP, or “d100”) games. He also authored the influential AD&D module, Under Ilefarn, which was the first original adventure for TSR’s Forgotten Realms setting.

Arguably, Perrin’s influence on RPG design was second only to that of the genre’s creators, Gary Gygax and Dave Arneson.