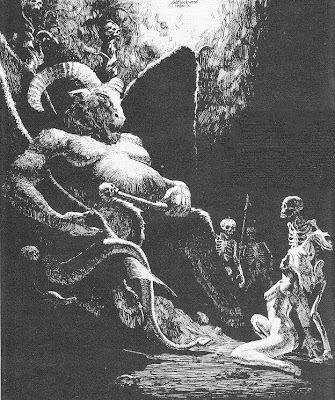 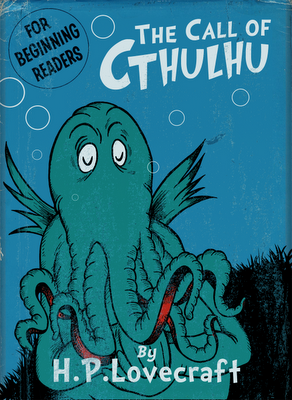 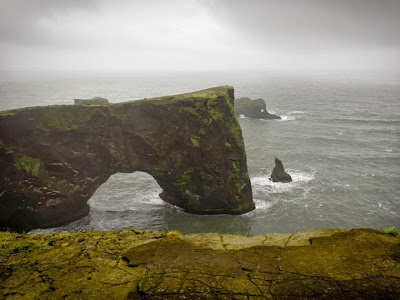 The Cliffs of Dyrhólaey, on the south coast of Iceland. (Suitable for use as a visual aid in any fine fantasy role-playing game.)
Posted by Akrasia 3 comments: 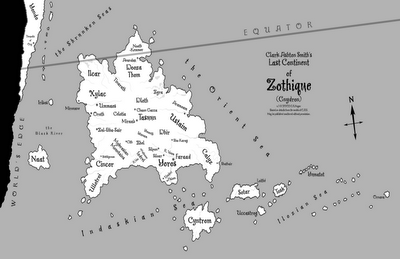 On Zothique, the last continent on Earth, the sun no longer shone with the whiteness of its prime, but was dim and tarnished as if with a vapor of blood. New stars without number had declared themselves in the heavens, and the shadows of the infinite had fallen closer. And out of the shadows, the older gods had returned to man: the gods forgotten since Hyperborea, since Mu and Poseidonis, bearing other names but the same attributes. And the elder demons had also returned, battening on the fumes of evil sacrifice, and fostering again the primordial sorceries.

Many were the necromancers and magicians of Zothique, and the infamy and marvel of their doings were legended everywhere in the latter days. But among them all there was none greater than Namirrha, who imposed his black yoke on the cities of Xylac, and later, in a proud delirium, deemed himself the veritable peer of Thasaidon, lord of Evil.

Those two paragraphs alone make me want to run a campaign set in ‘Zothique’!

(The entire story is available on line here.)