There is an interesting article at Wired that readers of this blog may want to check out: “It’s a Living: Meet One of New York’s Best Professional D&D Dungeon Masters.” It profiles Timm Woods, a ‘professional DM.’


“Woods is … busy these days. He’s currently overseeing nine games a week, all of them focusing on either Dungeons & Dragons, or the kid-friendlier, D&D-influenced game Dungeon World. His clientele is made up of an assortment of armchair-adventuring adults, students, and families (including one with a few Oscar wins, though he’d prefer to keep their identity a secret). He’s spent the past few years doing all of this while also working to earn an RPG-related doctorate (his dissertation title: “Anything Can Be Attempted: Table-Top Role Playing Games as Learning and Pedagogy”).”

“But while Woods is one of several DMs-for-hire out there, this isn’t his hobby or a side gig; it’s a living, and a pretty good one at that, with Woods charging anywhere from $250 to $350 for a one-off three-hour session (though he works on a sliding scale). For that price, Woods will not only research and plan out your game but also, if you become a regular, answer your occasional random text queries about wizard spells.”

Fifty or more dollars per player for a 3-hour session? Eh… that’s way too rich for my blood. But all the more power to Woods if he can support himself in this way. I have to confess that a part of me is envious.

However, I can’t imagine ever paying someone to DM a session. RPGs for me are a social activity among friends. ‘Employing’ a DM would change the dynamic at the table. It would alter an act of friendship—the creation and sharing of an idea, and the subsequent collaborative activity of determining how that idea develops, by the players and the DM together—into a commercial transaction.

Anyhow, it’s a fun article, despite some sloppy writing (e.g., “There are seven different dies, from four-sided to 20-sided”—um, ‘dice’ is the plural of ‘die’!) and the author’s occasional ignorance of the game about which he is writing (e.g., “skeletal beasties called Gnolls”—wtf?).

Will Middle-earth be getting the ‘Game of Thrones’ treatment? 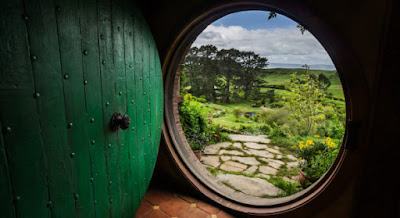 It looks like Amazon will be producing at least one series set in Middle-earth. And—interestingly—it appears that this series will not cover either The Lord of the Rings or The Hobbit stories:


The new series will explore Middle-earth in a time period before the events of The Lord of the Rings — but given that Galsor says that it will concern “previously unexplored stories,” we might not be looking at another adaptation of The Hobbit either. That leaves two options: Amazon could plumb the depths of the appendices of The Return of the King, potentially detailing the early romance of Aragorn and Arwen, the creation of the Rings of Power and the history of the line of kings from which Aragorn is descended.

Or, in what would be more of a revelation for Tolkien fans — and provided that Amazon had also purchased the television rights to the author’s The Silmarillion — the series might have the entire history of Middle-earth from its creation to play with. Amazon’s press release does note that the deal with the Tolkien estate “includes a potential additional spin-off series.”

Regarding The Silmarillion: I was under the impression that Christopher Tolkien was 100% opposed to allowing anything like this to be done with it. (He loathed the LotR + Hobbit movies.) But I would be delighted if he has changed his mind!

Even if The Silmarillion isn’t covered, though, there is a goldmine of storylines in the LotR appendices. And since those storylines are quite sketchy, there would be more room for writers to be creative with them within the overall framework of Middle-earth.

As for Amazon hoping that this might be ‘their Game of Thrones’, I think that they should remain true to the distinctive character of Middle-earth. While the Akallabêth (the tale of the fall of Númenor) is kind of ‘GoT-ish’ (with it many nefarious actors and the Stark-sh House of Elendil), Middle-earth is much more black-and-white than the GoT world. That should be retained—if not emphasized—not downplayed. Viewers might be in the mood for such a change (especially given how GoT-ish the real world seems these days).