Here is a summary of my house rules for Swords & Wizardry (with appropriate links). They are intended, when used together, to simulate more closely the ‘swords and sorcery’ genre, as exemplified in the fiction of Robert E. Howard, Clark Ashton Smith, and Fritz Leiber. Nonetheless, most of these house rules can be used on their own in a ‘standard’ or ‘classic’ ‘Old School’ D&D game (including Original D&D, Basic D&D, RC D&D, Labyrinth Lord, 1e AD&D, OSRIC, etc.).

2. Hit Points and Constitution. A system for treating hit points as ‘superficial’ damage (i.e., exhaustion, minor bruises, etc.), and constitution as ‘serious’ damage. The former is easy to heal, whereas the latter is not.

3. Wisdom as Sanity. A system for treating a character’s ‘wisdom’ score as a measurement of his/her sanity.

4. Background Professions. A list of ‘background professions’ (e.g., alchemist, minstrel, sailor) for characters, designed to give them some more flavour, and a few minor special abilities.

5. General Task Resolution Mechanic. A system for using the generic ‘saving throws’ in S&W as a ‘general task resolution mechanic,’ i.e., a system for determining whether characters succeed at various things.

6. Class-Based Weapon Damage. This system uses a character’s class in order to determine how much damage that character can do with a particular weapon.

7. The Thief. My version of the ‘thief’ class, inspired primarily by the ‘Gray Mouser’ character.

8. Everyone can Backstab. Pretty self-explanatory, I think.

10. Magicians and the Colours of Magic.

11. Experience Points. Quite simply, an alternative system for assigning experience points to characters.

(Note [added 2022]: Many of these house rules eventually were integrated in the Crypts and Things role-playing game from D101 Games.) 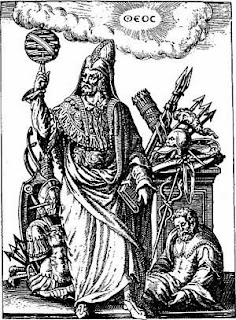 EDIT 2 (added 13 August 2020): The above link to the PDF no longer seems to be working. I'll see if there is some other way for me to make the PDF available.