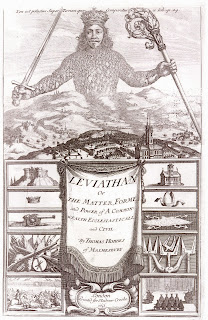 Yesterday James Maliszewski of ‘Grognardia’ fame (possibly the best general ‘old school’ gaming blog around) posted an interview with the Skip Williams.  As a wee lad Skip Williams played in Gary Gygax’s and Rob Kuntz’s Greyhawk campaign.  Much later he served as one of the principal game designers of the third edition of Dungeons & Dragons, and was in charge of Dragon magazine’s ‘the Sage’ column that gave ‘official’ answers to questions concerning the rules of 3e.  So Mr. Williams has an ‘old school’ pedigree, but was instrumental in shaping the ‘new school’ of the fantasy role-playing hobby.

“Whenever we came to a place in the rules where I knew DMs and players were going to clash, I'd tell a "campaign from hell" story, in which a character (mine or someone else's) was in peril and the DM made the most illogical and completely off the wall ruling you could imagine. I tied to be very careful that all the loose boards in the system were well nailed down.”

“The early designers were wrong. It comes down to this: If you want to be in control of your character who [sic] have to have some idea how anything you might try is going to come out. and [sic] you can't know that unless you have some idea of how the rules are going to handle the situation. If the GM is making capricious decisions about what happens in the game, you're always shooting in the dark and you have no real control over your character at all.”

The obsession with limiting the scope for a ‘capricious GM’ certainly describes an aspect of the 3e D&D rules that I found quite annoying, and a detriment to good gaming, when I was a 3e GM.  Of course, when I ran 3e years ago (one campaign during 2001-2002, a second campaign during 2004-2005), I simply house-ruled 3e as I liked, and improvised as necessary.  Or at least I tried to.  I found myself fighting against a rules system that fundamentally opposed such an approach.

The fundamental problem, in my opinion, is that Skip Williams seems to presuppose a ‘GM-versus-players’ approach to fantasy role-playing games.  Consequently, one of his aims with 3e appears to have been ‘empowering’ players vis-à-vis GMs.

The simple fact is that no amount of rules can prevent a crappy GM from being a crappy GM.  Role-playing games, fundamentally, are cooperative endeavours.  People want to have fun together.  The possibility of character death is part of that fun – adventures need to be challenging and involve some significant element of danger.  However, if the GM is a jerk, or the players don’t trust the GM to make fair judgements during the game, then it seems certain that nobody involved will have a good time (at least not over the course of several sessions).  In other words, if Game Masters and players view the game in antagonistic terms, the game invariably will be a waste of time for everyone involved.

Irrespective of the system, the best fantasy campaigns are those that involve an implicit ‘social contract’ amongst all of the participants.  The GM agrees to be as fair as possible in his rulings, while nonetheless setting up difficult and challenging adventures for the players, and the players agree to trust the GM.  If the GM abuses his authority – say, by arbitrarily killing off characters – then the contract has been broken, and the game invariably will descend into an unpleasant ‘State of Nature’ … and soon end.

Skip Williams’s attempt to ensure that 3e ‘empowered’ or ‘protected’ players vis-à-vis GMs did not stop many 3e campaigns from being awful, antagonistic affairs.  It did make being a 3e GM a rather tedious chore.