Greg Stafford passed away on October 11th.
Stafford was the founder of Chaosium—one of the most important companies during the early days of role-playing games (perhaps second only to TSR)—and creator of the acclaimed Pendragon RPG. He helped to create—and provided the setting (Glorantha) for—one of the greatest and most influential RPGs of all time: RuneQuest. In his role at Chaosium during its ‘golden age’, he helped to shape and support two of my all-time favourite RPGs: The Call of Cthulhu and Stormbringer. By all reports he was a generous genius. It is hard to believe that another one of the greats from the mythic era of role-playing is gone.

Here is the announcement at Chaosium. 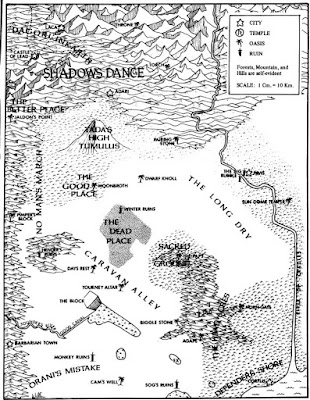