Miss Fight On! or Knockspell? I know I do!

Well Saving Throw is here to give you that ‘old school’ thrill again. 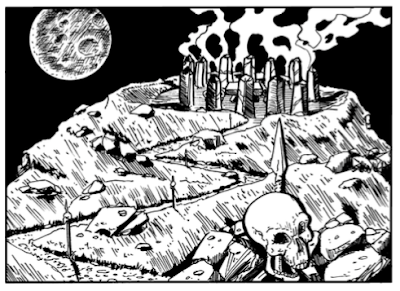 Here’s the blurb (from DrivethruRPG):

Saving Throw — a fundraiser fanzine to help James D. Kramer
You may know Jim Kramer from his Usherwood Publishing modules & supplements, or his work helping produce works like OSRIC and Knockspell. You probably didn’t know Jim had multiple brain surgeries to remove tumors, and the battle has gotten much harder. To help Jim and his family during this difficult time, a group of his friends, collaborators, and first edition enthusiasts banded together to make this fundraiser fanzine, where all royalties go directly to Jim and his family.

For the lucky price of $13, you get two treasure maps, three referee tools, five new spells, six modules, at least nine new monsters, twelve ready-to-use NPCs, and more. Plus the knowledge that your purchase helps a family during a difficult time.
Thank you!

Also: check out the OSRIC webpage.