During the early 1980s I was something of an Anglophile, at least with respect to RPGs.  I generally preferred White Dwarf to Dragon (these were the years during which White Dwarf was a general RPG-focused magazine), I loved the Fighting Fantasy books (they were my ‘fix’ when I couldn’t get together with my friends for a regular game), among my favourite AD&D modules were the ‘U’ and ‘UK’ ones, and I was a big fan of the ‘weird’ Fiend Folio (the Githyanki, the Githzerai, the art of Russ Nicholson, etc.).

During this time I picked up a few issues of Imagine magazine (now long lost, alas).  Unlike White Dwarf, it was hard to get Imagine at my local gaming shop.  Those few issues included some articles on a world called ‘Pelinore,’ which seemed cool and unusual.  I recall wondering what the whole setting was like.

Now that setting has been made available – for free – by Kellri, in the Collected Pellinore.  Kellri has brought together, in a single document, the Pellinore material from Imagine magazine and GameMaster Publications from 1984-85.  It can be obtained here.

How can one not love a setting in which the clerics of the ‘Green Man’ must be inebriated in order to obtain their divinely-provided spells?  (“His clerics must become moderately intoxicated before sleeping in order to regain their spells” [p. 20].) 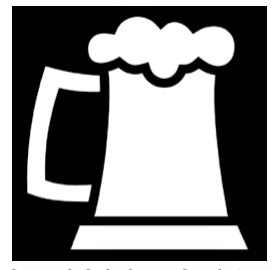