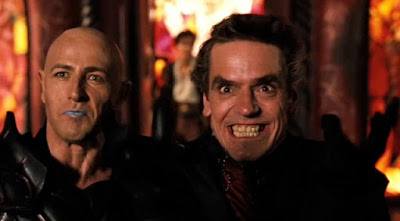 Make a saving roll versus aesthetic outrage.  Apparently there is a new Dungeons and Dragons film in the works:


The upcoming Warner Bros motion picture will be based on a script by David Leslie Johnson (Wrath of the Titans) and produced by Roy Lee (The Lego Movie, How To Train Your Dragon) with the involvement of Hasbro chief executive Brian Goldner and chief content officer Stephen Davis. It will take place in the popular D&D campaign setting of the Forgotten Realms.

Well, at least it's not going to be based on those horrible Dragonlance novels.