Apparently there is a show called "Super-Fan Builds." In this episode the lucky super-fan receives an amazing ('ultimate') Dungeons and Dragons gaming table. It's worth a watch. I'll think that you will find the super-fan featured in this episode to be quite entertaining. 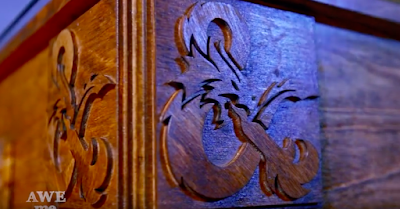 The reason why I know about this episode is that it features an old friend of mine, Robert, as the 'super-fan.' For a few years during our PhD program (2000-2002, if I recall correctly) we regularly gamed together. Rob is a hilarious person in general (he also was active in an improv comedy group at the time), and he brought that gift to our games as a player. The other players were great as well. 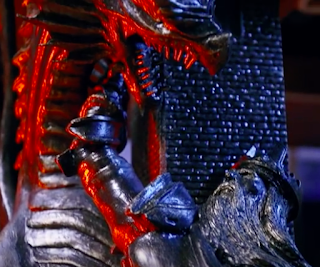 That grad student group remains one of my all-time favourites. Sadly, we all live in different parts of the world now (Rob lives in Los Angeles), so we don't have too many opportunities to see each other in person these days. It's good to see that some of us are still engaged with the hobby -- Rob even more than myself, it would seem!