The True Origin of the Flail Snail? 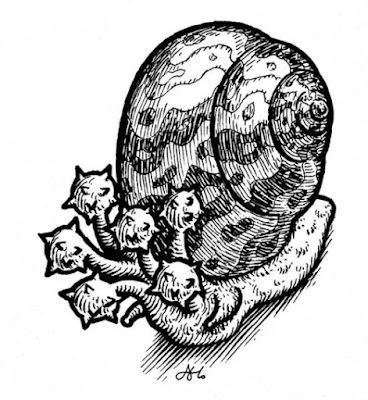 Of the many strange and absurd creatures included in the original AD&D Fiend Folio, perhaps none has been more often mocked and ridiculed than the poor 'flail snail'. Personally, I've always had a bit of a soft spot (er...) for the monster, as it strikes me as a perfect example of the whimsical 'a-wizard-did-it' approach that was employed in the construction of so many classic AD&D beasts.

But perhaps the flail snail has some historical legitimacy? Apparently, as this Vox video explains, Medieval illuminated texts often included pictures of knights fighting snails in their margins... 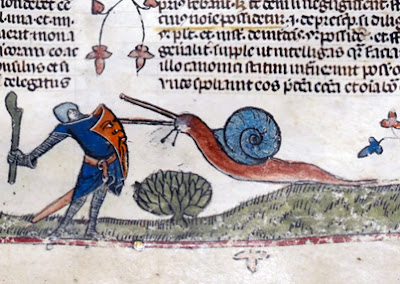