Update on 'Into the Borderlands' 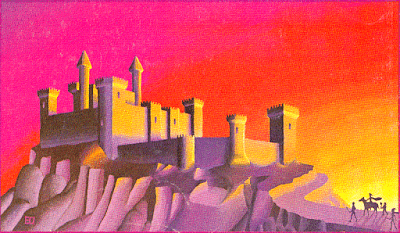 As I mentioned several months ago here, Goodman Games is publishing a version of the classic Basic Dungeons and Dragons modules B1 (“In Search of the Unknown”) and B2 (“The Keep on the Borderlands”), with 5e D&D stats included, as well as some new optional material. I have a deep fondness for those modules, as they were the first ones I ever used decades ago when learning how to play RPGs. And even after all of these years, B2 remains (in my judgement) a solid—and, with a creative DM and good players, a very entertaining—mini-campaign setting.

Here is an update on the main features of the product, entitled Into the Borderlands:

The current layout weighs in at 368 pages. We still need to add a few things and anticipate it will close out at around 380 pages. Wow, that’s a big book! The hardcover includes the following:

Um, okay. I'm still looking forward to this… But 380 pages?!? That seems ridiculous.

Specifically, including scans of 2 printings for both modules strikes me as excessive. Personally, I'd prefer a straight-up 5e conversion, with some optional supplementary material, as I already own multiple copies of the originals. Nonetheless, I can understand including one scan of B1 and B2 within the product. Two scans, though, just seems excessive, especially given how minor the changes are between the printings.

Despite this gripe, though, the only real question for me is whether to get the print version or just the PDF…

[Above are a couple of illustrations from B2 by the amazing Erol Otus: a colour view of the keep (from the back cover of the module) and the dangerous Hermit.]