Númenor coming to the telly 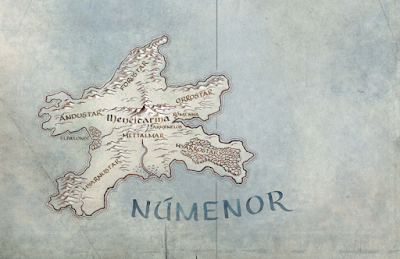 This Rotten Tomatoes article goes over what is known publicly at this stage about Amazon’s future Middle-earth television series.

Some key points (for me at least):

1. Tolkien scholar Tom Shippey and concept artist John Howe are involved.
2. The series will take place in the Second Age.
3. The series will (most likely) focus on Númenor over other regions of Middle-earth (as I suspected in an earlier post).
4. Sauron will be a major character, perhaps with his Nazgul serving him whilst still (largely) human (i.e., 'pre-wraith').
5. Other possible characters: Celebrimbor, Ar-Pharazôn, Elendil, Elrond, Galadriel, and Gil-Galad. (And of course there is a chance that everyone’s favourite rhymer, Tom Bombadil, might make an appearance—hopefully in song! /s)

It would be a dream-come-true if the series covered:

a. The rise of Númenor to great power.
b. The forging of the rings of power by Celebrimbor and Sauron (the latter in his fair guise as ‘Annatar’).
c. The War of the Elves and Sauron (during which Eregion is destroyed, Celebrimbor slain, and Sauron ultimately defeated by the Elves under Gil-Galad with the aid of Númenor).
d. The decline of Númenor—ultimately leading to the capture of Sauron and Sauron’s subsequent corruption of Ar-Pharazôn.
e. The invasion of the Undying Lands by the Armada of Ar-Pharazôn: Númenor is destroyed, but the Faithful escape and join the Númenorean colonists in Middle-earth; there the Kingdoms of Gondor and Arnor are established.
f. The War of the Final Alliance, with the Men of Gondor and Arnor allied with the remaining Elves against a surviving Sauron (who no longer can assume a fair form) and his hordes of orcs, trolls, and evil men (including the ‘Black Númenoreans’ of Umbar).

Such a series—if done well—would be amazing. May the Valar will it!