The actor Ian Holm has passed away.

Most readers of this blog no doubt will be familiar with Holm’s role as the android “Ash” in the original (and best) Alien film, as well as his portrayal of “Bilbo Baggins” in Peter Jackson’s Middle-earth films (The Lord of the Rings and The Hobbit). He was perfect in both roles. He also superbly played “Napoleon” in Time Bandits. I’ve long been a fan of his work in general, including his portrayal of “Fluellen” in Kenneth Branagh’s version of Henry V. 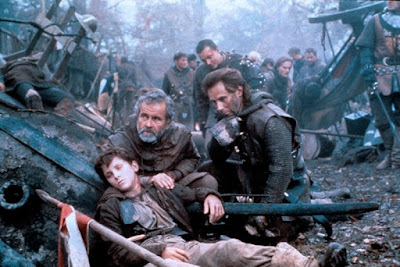