The Court of Ardor

One of my favourite campaign modules of all time is The Court of Ardor by Terry K. Amthor.

Ardor is set in southern Middle-earth. But the region – and especially the malevolent Court itself – does not fit well in that world. The background to the Court does refer to the roles of Morgoth and Ungoliant in poisoning the Two Trees of Valinor, Laurelin and Telperion, and the subsequent creation of the sun and moon by the Valar. These connections, though, fail to overcome the stark differences in tone between the module’s setting and Tolkien’s Middle-earth. The Court is a secret society of powerful magic-users (astrologers, sorcerers, mentalists, and the like); even the non-spell-casting members of the Court have access to powerful magic items. The magic system of Rolemaster simply does not work well for Middle-earth. Moreover, Amthor’s treatment of elves in this book is quite “un-Tolkien” in nature. (The themes of the setting, I think, anticipate Amthor’s later creation, Shadow World, with its secretive organizations of extremely powerful immortals.)

Its “non-Middle-earth” character aside, though, The Court of Ardor is a great fantasy setting. Indeed, it has been a wish of mine to use this module for a campaign for over three decades now. I would relocate it to a different world if I were to do so – specifically, I would embed it in a ‘homebrew’ fantasy setting inspired more by Michael Moorcock and Jack Vance than Tolkien. I probably also would change certain elements of the setting, in particular, the overarching aim of the Court, as well as aspects of some of the cultures and peoples.

The module focuses on the activities of the shadowy Court of Ardor, an organization of extremely powerful elves who are plotting something … both terrible and awesome. (I won’t say what here. What I’m about to write is mildly spoiler-ish, so skip down past the rest of this paragraph if you don’t want that.) The members of the Court all possess a magical deck of cards that portray their compatriots, and which enable them to communicate with each other. (Amthor confirmed in an interview decades later that this was inspired by the cards in Roger Zelazny’s “Amber” novels.) The deck of magical communication cards is quite cool – but, as I mentioned above, not exactly “Tolkien-esque” in nature.

Charles Peale’s illustrations of some of the members of the Court are – appropriately – in the style of cards: 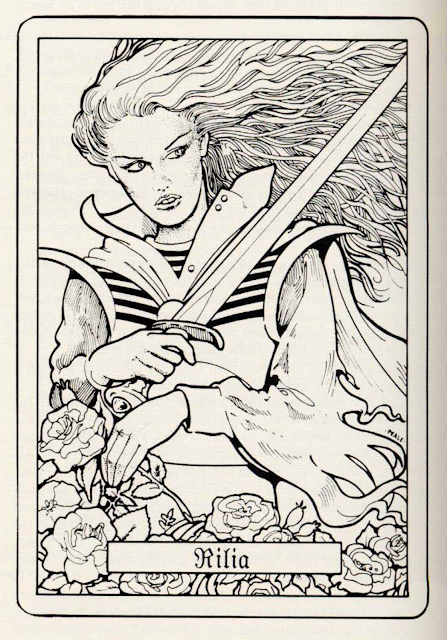 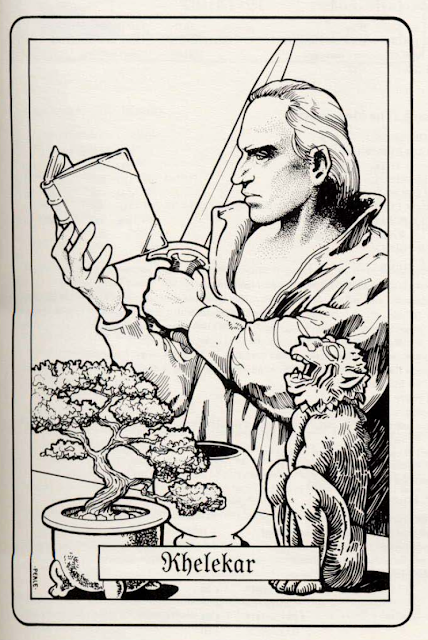 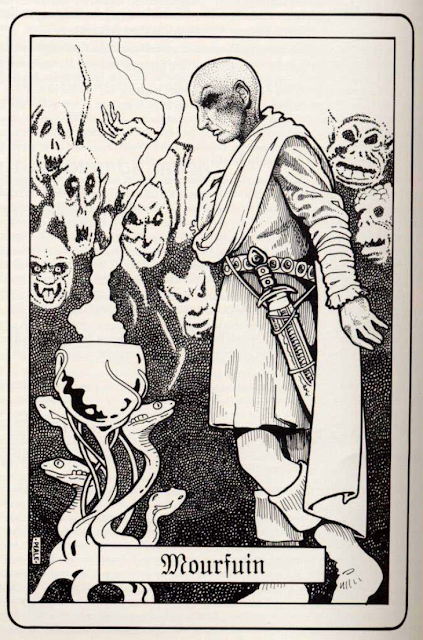 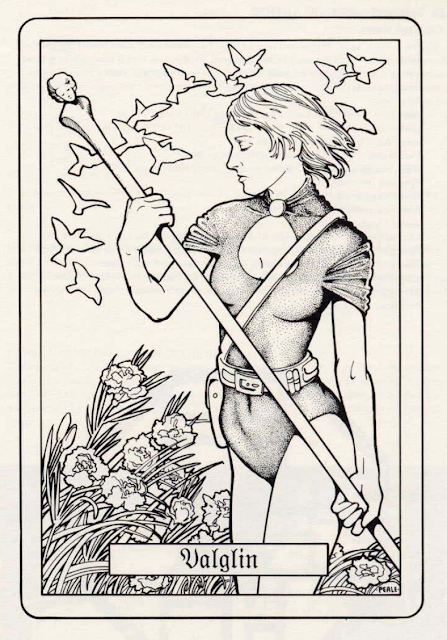 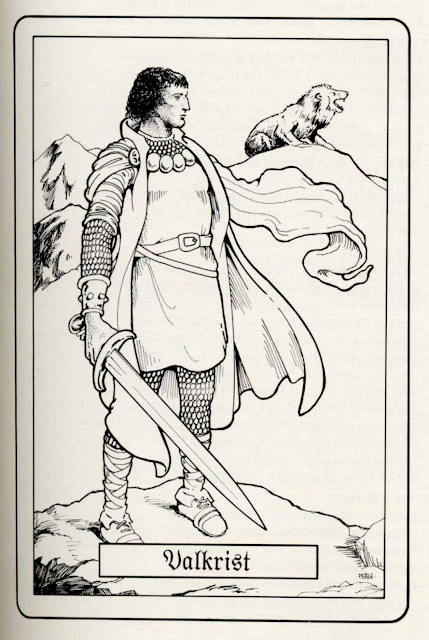 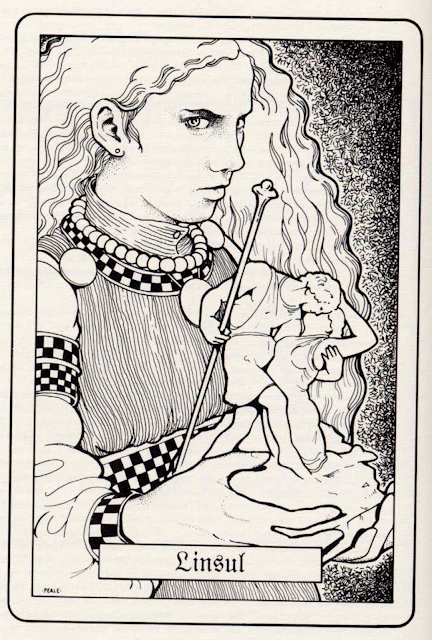 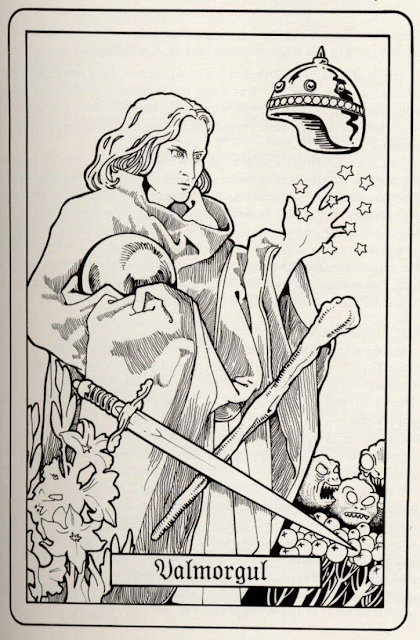 There is only one illustration in the module that does not depict a member of the Court. It is of the bard “Klaen” – one of the few “good guys” in the region described in the module. It also is the only illustration not by Peale, but rather by Amthor: 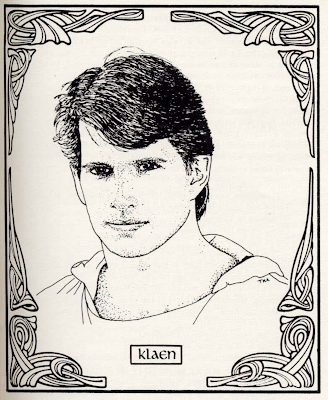 Finally, like most of ICE’s Middle-earth modules, there is an amazing map by Peter Fenlon: 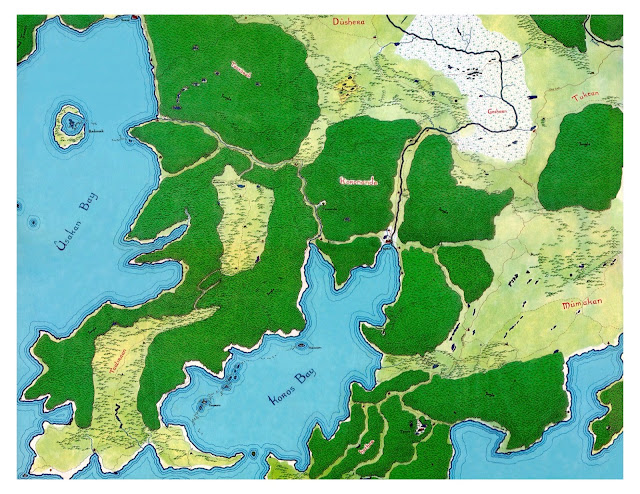 (I had planned to write up this post weeks ago, shortly after my initial post on Peale’s artwork for ICE, but alas the end of the spring term overwhelmed me. Hopefully my blogging will pick up somewhat over the next few months.)