Against the Witch-King (Darkmaster) character options

As I mentioned yesterday, I plan to test out Against the Darkmaster (VsD) with some of my old MERP books. Specifically, I hope to run a few adventures set in Eriador in 1964 of the Third Age. In this post I cover the kinds of character options available in this setting, translating VsD options into Middle-earth terms. 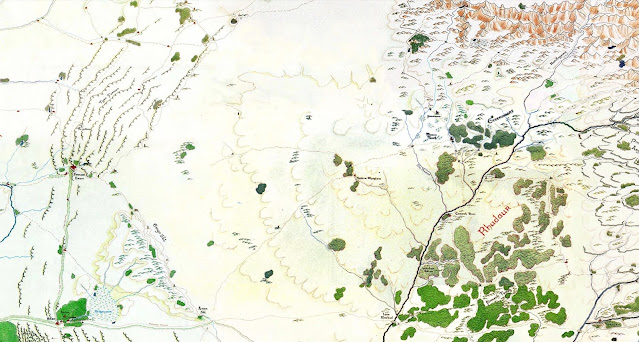 Players may select among the options below. 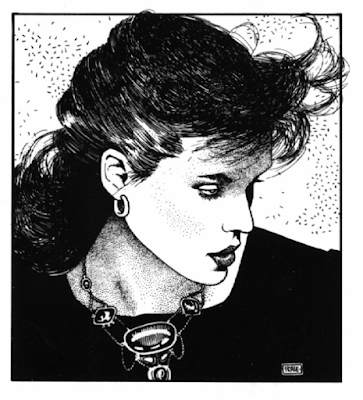 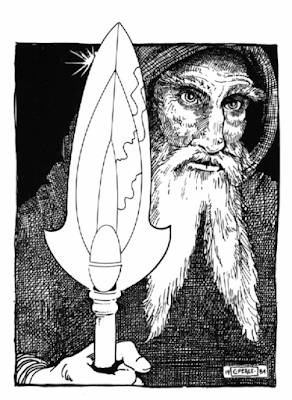 Elves of either Lindon or Imladris (Rivendell) 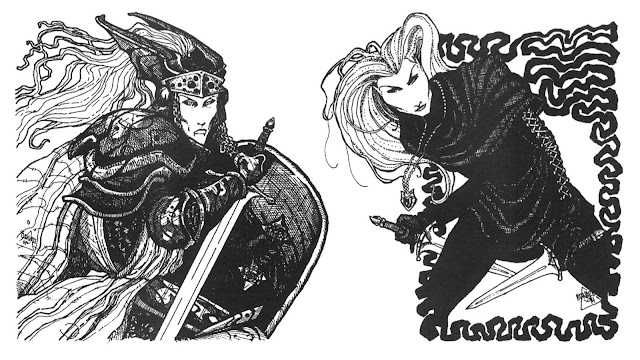 Eriadorans (descended primarily from Dunlendings and Hillmen) of either Bree (Bree-landers) or (what was once) Cardolan (including the still-functioning city of Tharbad), or the remnants of Rhudaur. 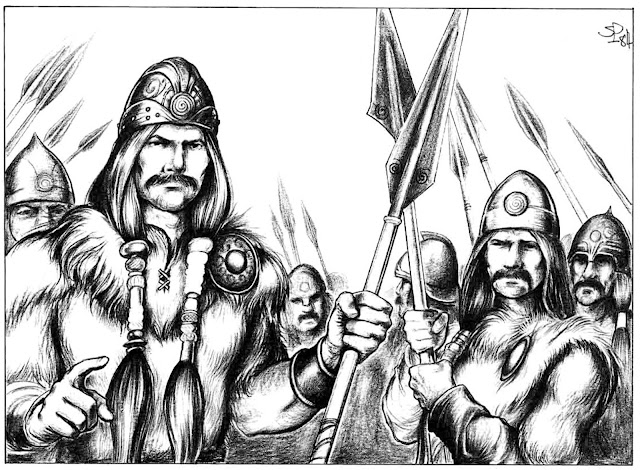 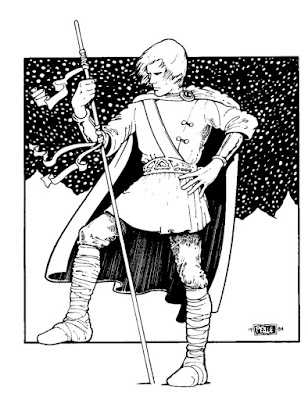 Hobbits of either the Shire or Bree. 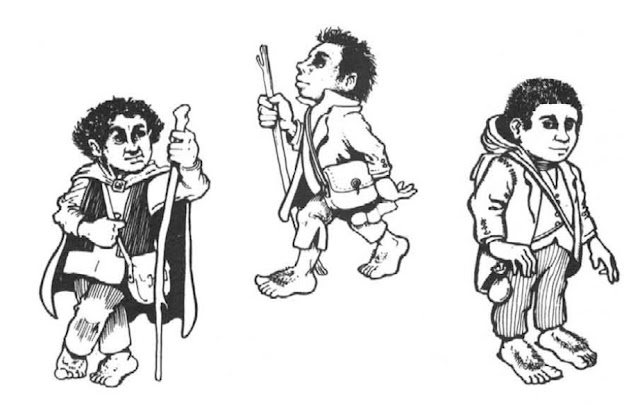 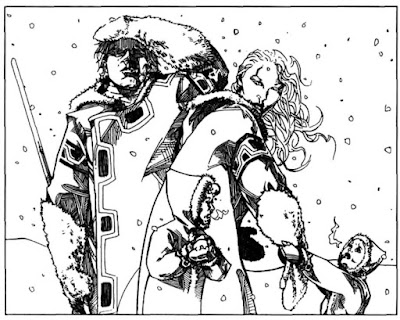 I've decided to prohibit Wizards as a profession available for player characters as I don't think that profession's spells fit well with the way that "good" magic is portrayed in Tolkien's writings. (Not that the other professions are especially "Tolkien-esque" with respect to magic, but the differences with them are less dramatic.) Wizards will belong to the forces of Darkness and perhaps those strange visitors from across the Sea.

The above maps and pictures are all from long out-of-print ICE products. (If you want more information I can provide it in the comments.)