Crypts and Things Reloaded has arrived

Actually, the new edition of Crypts and Things has been out for a while now, but my hardcovers arrived only last week: 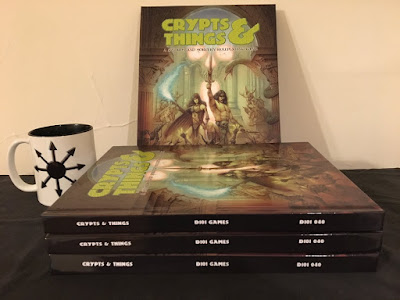 I have yet to delve into this new version (while I was a Kickstarter backer, as far as I can tell I never received the PDF version last autumn, and I was a bit slow in ordering in my physical copies). However, once I have a chance to look properly through the book over the next few weeks, I’ll post my thoughts here.

(Of course, it’s hard for me to be objective when it comes to C&T, as it draws upon some of the house rules that I developed for Swords & Wizardry many years ago.)

Based upon a quick skim, it looks like Newt Newport has added a lot of cool stuff to this version! And the new art is quite impressive. 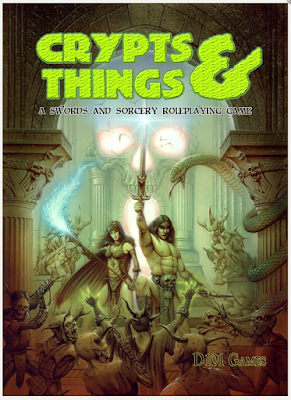