There’s a new member of the Mythras RPG family: the superhero role-playing game Destined. It’s available now at the Design Mechanism’s new home store, and will become available at Lulu and DrivethruRPG on the 23rd of April. 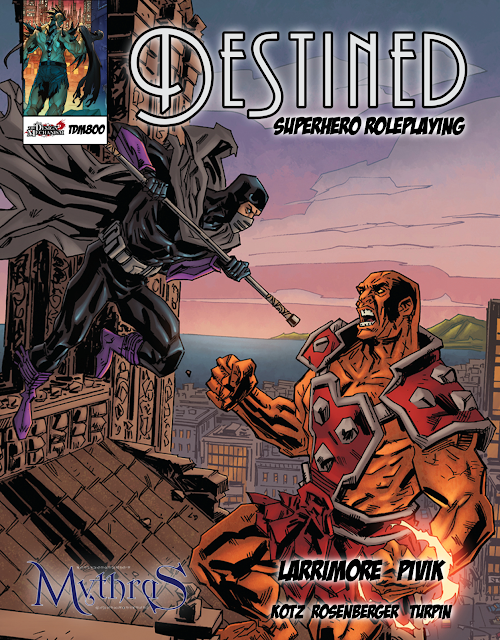 Also, another Mythic Earth setting book is in production: Mythic Polynesia. I don’t know when it’ll be available, but the cover looks rather cool: I’ve probably played more Mythras (including its predecessors RQ6 and MRQII) than any other role-playing game over the past eleven years. (By coincidence, I vaguely recall meeting Loz in early spring 2011…) I’ve played in the Young Kingdoms (Elric’s world), Mythic Britain, the Luther Arkwright multiverse, and (currently) Mythic Babylon. Soon I’ll be taking part in a Mountains of Madness campaign (converted to Mythras). I can’t recommend the game highly enough!