The Dead Gods of the Elder Isles 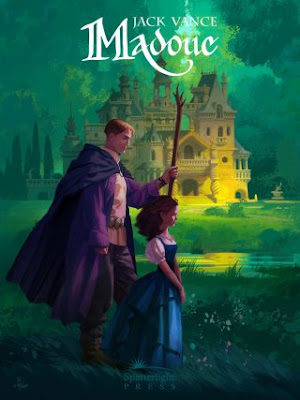 A few months ago I reread (for the third time!) the Lyonesse trilogy by Jack Vance. My main motivation for doing so was to refresh my memory of the setting in anticipation of the forthcoming Mythras-based Lyonesse FRPG. (The first novel was discussed at the Tabletop Roleplayers’ Book Club blog last January.)

A passage in the final novel, Madouc, stuck with me, as it described a pantheon—the ‘Dead Gods’—that I quite liked. (I think that this pantheon would work quite well in a different fantasy setting as well, not simply the Elder Isles.)


The under-chamberlain took Madouc into the Court of the Dead Gods. “See yonder! There stands Cron the Unknowable, across from his terrible spouse Hec, the Goddess of Fate. For a game they created the difference between ‘yes’ and ‘no,’ then, once again becoming bored, they ordained the distinction between ‘something’ and nothing.’ When these diversions palled, they opened their hands and through their fingers let trickle matter, time, space and light, and at last they had created enough to hold their interest.”

“All very well,” said Madouc, “But where did they learn this intricate lore?”

“Aha!” said the under-chamberlain wisely. “That is where the mystery begins! When theologians are asked the source of Cron and Hec, they pull at their beards and change the subject. It is certainly beyond my understanding. We know for a fact only that Cron and Hec are father and mother to all the rest. There you see Atlante, there Gaea; there is Fantares, there Aeris. These are the divinities of water, earth, fire and air. Apollo the Glorious is God of the Sun; Drethre the Beautiful is Goddess of the Moon. There you see Fluns, Lord of Battles; facing him is Palas, Goddess of the Harvest. Finally: Adace and Aronice stand in opposition, as well they might! For six months of each year Adace is the God of Pain, Cruelty, and Evil, while Aronice is the Goddess of Love and Kindness. At the time of the equinoxes they change roles and for the next six months, Adace is the God of Bravery, Virtue and Clemency, while Aronice is the Goddess of Spite, Hatred and Treachery. For this reason they are known as ‘The Fickle Pair’.”

“Ordinary folk change by the hour, or even by the minute,” said Madouc. “By comparison, Adace and Aronice would seem to be steadfast. Still, I would not care to be a member of their household.”

“That is an astute observation,” said the under-chamberlain.

I also really liked this description of the ‘Druidic’ deity ‘Lucanor’ (god of ‘Primals’):


Lucanor’s duties were three: he plotted the shape of the constellations and, when needful, altered the placement of the stars; he assigned to each thing of the world the secret name by which its existence was confirmed or denied; he regulated the cycle by which the end of the future merged into the beginning of the past. In Druidic depictions, Lucanor wore double-pointed shoes, with toes extending both forward and back. An iron circlet displaying seven golden disks clasped his head. Lucanor was a solitary god, who held himself aloof from the lesser gods of the Druidic pantheon, among whom he inspired awe and fear.

A Druidic myth relates how Lucanor, coming upon the other gods as they sat at the banquet table, found them drinking mead in grand style, to the effect that several were drunk, while others remained inexplicably sober; could some be slyly swilling down more than their share? The disparity led to bickering and it seemed that a serious quarrel was brewing. Lucanor bade the group to serenity, stating that the controversy no doubt could be settled without recourse either to blows or to bitterness. Then and there Lucanor formulated the concept of numbers and enumeration, which heretofore had not existed. The gods henceforth could tally with precision the number of horns each had consumed and, by this novel method, assure general equity and, further, explain why some were drunk and others not. “The answer, once the new method is mastered, becomes simple!” explained Lucanor. “It is that the drunken gods have taken a greater number of horns than the sober gods, and the mystery is resolved.” For this, the invention of mathematics, Lucanor was given great honour. 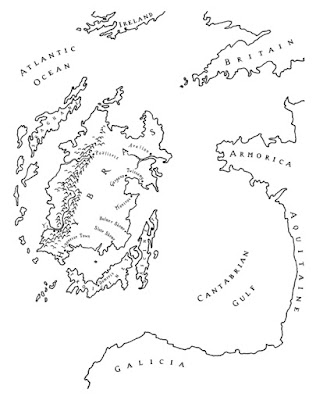