Elric coming to the small screen? 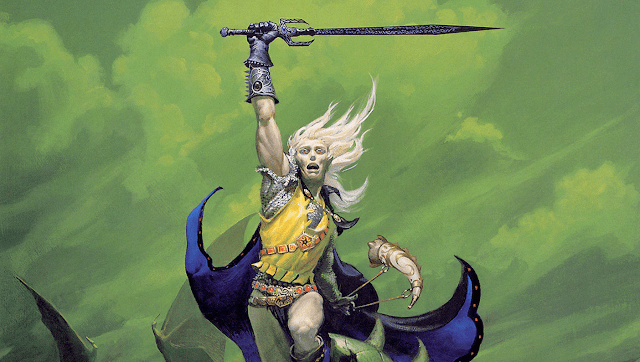 According to Deadline we might see an Elric TV series someday:


“New Republic Pictures’ Brian Oliver and producer Bradley J. Fischer acquired the exclusive rights to all works in Michael Moorcock’s seminal fantasy-horror series The Elric Saga. They are beginning to shop the property for series, with Glen Mazzara (The Walking Dead and The Shield) and Prison Break and Star Trek: Discovery‘s Vaun Wilmott attached to adapt the sci-fi fantasy tale.”

“Fischer and New Republic see the Elric saga — which begins with the 1972 novel Elric of Melniboné, as having cross-platform franchise potential. They are first leaning into the TV series with Mazzara & Wilmott. The novels are sensual and atmospheric sword-and-sorcery tales that center on the title character, a brooding albino warrior who presides over an unruly, decadent island nation. The novels follow Elric on a series of adventures, in which he is betrayed by his cousin, sent into exile and attempts to come to terms with his own humanity. The series comprises 11 novels and a number of short stories and has been adapted into several comics and graphic novels.”

While this wheel looks to be turning, the TV series (if it materializes) will not be happening in the near future.

In contrast, BBC Studios’ adaptation of the Runestaff tetralogy appears to be further along...

(Hat tip to C. Robichaud for the Elric news.)