The Rings of Power starts on September 2nd

We finally have a name for Amazon’s forthcoming Middle-earth series: The Rings of Power.

As I mentioned almost a year ago, the series will take place during the Second Age:

According to showrunners J.D. Payne & Patrick McKay, “The Rings of Power unites all the major stories of Middle-earth’s Second Age: the forging of the rings, the rise of the Dark Lord Sauron, the epic tale of Númenor, and the Last Alliance of Elves and Men. Until now, audiences have only seen on-screen the story of the One Ring—but before there was one, there were many… and we’re excited to share the epic story of them all.”

The series will start on September 2nd and will be followed with at least one more season.

I have to admit, I’m quite excited about this. The tale of Celebrimbor and Annatar is one of my favourites, as is the fall of Númenor. (But I’m also braced for disappointment.) 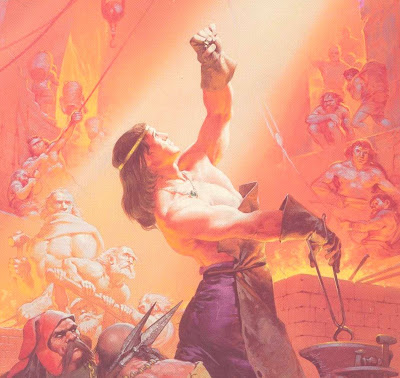