The Lord of the Rings Roleplaying 5e (Dungeons & Dragons)

I was wondering whether the Free League would be revising and re-releasing Adventures in Middle-earth (AiME), the 5th edition Dungeons and Dragons rules developed by Cubicle 7. In addition to incorporating many elements from The One Ring (TOR) roleplaying game into the 5th edition D&D framework, AiME also radically reworked a number of core elements of 5e to fit Middle-earth (most notably the magic system and classes). I used AiME for my “Spider Cult of Mirkwood” campaign a few years ago and think quite highly of it – in fact, I think it’s better than “core” 5e DnD, at least for “low magic” settings. 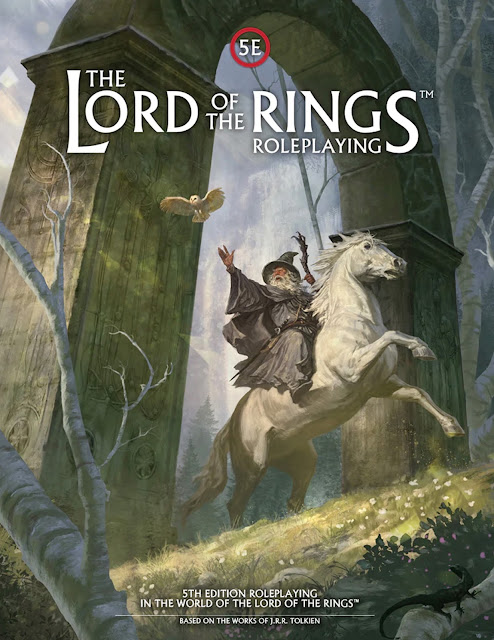 Wisely deciding not to leave money on the table, the Free League is coming out with their version of AiME, now called The Lord of the Rings 5e. Here’s their description:

Middle-earth is opening up for new adventurers! The pre-order for the 5E adaptation of the award winning second edition of The One Ring™ RPG, entitled The Lord of the Rings™ Roleplaying, alongside the Shire™ Adventures compendium and a 5E Loremaster's Screen, has been launched today. The pre-order gives immediate access to complete PDFs.

The Lord of the Rings™ Roleplaying is 236-page hardback volume that contains what you need to create 5E adventures set in the world’s most popular fantasy setting: six original heroic cultures from the land of Eriador, six new classes, a host of terrifying adversaries, and comprehensive rules for journeys, councils, wondrous artefacts, and the subtle magic of Middle-earth.

Shire™ Adventures is a 104-page hardback volume that describes the Shire in great detail, as well as five short adventures and seven pre-generated characters, including famous Bagginses, Tooks, and Brandybucks! The contents of Shire™ Adventures are adapted from the Starter Set for The One Ring™ RPG.

The official retail release of all items is planned for early 2023, but the pre-order in the Free League webshop gives immediate access to complete PDFs of The Lord of the Rings™ Roleplaying and Shire™ Adventures. You can even report your feedback on these PDFs on our forums before they go to print!

Note that PDFs of the 5E Loremaster's Screen and Rivendell Compendium will be shared at a later date.

The art is stunning – I would buy this book for the pictures alone! 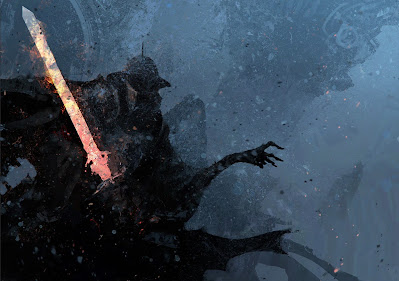 It can be pre-ordered here.