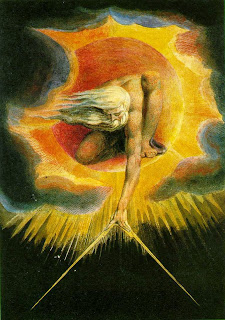 OF THE PLANES AND THE ETHEREAL STRANDS

The world of Ilden exists on the ‘Mortal Plane.’ All known planes of existence are connected to each other by trans-planar conduits known as ‘ethereal strands.’ The more ethereal strands that connect two planes, the more those planes interact. Ethereal strands may be created, strengthened, weakened, or destroyed over time. Ethereal strands terminate in ‘portals’ or ‘gates’ on the planes to which they are attached.

The Court of Chaos (Location: Flux. Ruler: None)

The ‘Court of Chaos’ refers to a loose association of deities and demon lords who dwell within scattered demesnes throughout the wild and constantly changing plane of Flux. The worship of Chaotic deities is prohibited in most civilized lands. Followers of such vile gods invariably endeavour to keep their religious devotions secret.

Adodhamair (Goddess of fire and destruction)

Worshippers are rare, except for berserkers and mangrim (especially the pirates of Fiachna).

The Infernal Court is openly worshipped by most ‘evil’ humanoids – e.g., Forgrim (orcs), Goblinoids, and the like. In human lands, by contrast, worship of the Infernal Court and its devilish deities typically is prohibited, and punished with death.

Asmodeus (God of domination and evil)

Symbols: many, including (a) bleeding pentagram; (b) ram’s head; and (c) rod. Others are less well known.

The deities of the Glade Court are revered as a unified pantheon by the Morghain peoples of northern Ilmahal (that is, most followers worship the pantheon as a whole, not individual deities). Some Arsilonians in southern Ilmahal also revere the Glade Court, but they generally do not do so publicly, as such worship is frowned upon by the Church of the Solar Court.

Green Lady (Goddess of agriculture, nature, and beauty; ruler of the Glade Court).

Azure Mistress (Goddess of the sea)

The Solar Court was worshiped as a unified pantheon throughout the Aphorian Imperium. A single hierarchical church – often referred to as ‘the Solar Church’ or simply ‘the Church’ – governed the religious lives of all citizens of the Imperium. Following the collapse of the Imperium, a fragment of the Solar Church survived in southern Ilmahal, where it retains its social and religious pre-eminence.

Amithos (God of the sun and justice; ruler of the Solar Court)

Fiona (Goddess of community and healing)

Murth (God of trade and travel)

Vanimos (God of knowledge and secrets)