What is the Old School Renaissance?

Over at the RPGsite I’ve become involved in a rather irritating debate with the ‘RPG Pundit’ over what constitutes the ‘Old School Renaissance’ (commonly abbreviated ‘OSR’). (Also participating that debate, among others, is estar of the ‘Bat in the Attic’ blog.)

My view is that the OSR consists simply of the following folks:

a. those gamers who like to play ‘old school’ RPGs (typically ‘Original,’ ‘Basic/Expert’ D&D, and pre-3e versions of AD&D, but other games as well);

b. those gamers who play (and sometimes produce) the retro-clones of those ‘old school’ RPGs (Swords & Wizardry, Labyrinth Lord, OSRIC, BFRP, and others);

c. those gamers who play (and sometimes produce) ‘old school flavoured’ games (e.g., Castles & Crusades, Spellcraft & Swordplay, Mutant Future, Mazes & Minotaurs, etc.; ironically, I would include the RPG Pundit’s game Forward to Adventure! In this category – the Pundit is part of the OSR whether he likes it or not!);

e. those gamers who contribute to ‘old school’ fanzines like Knockspell, Fight On!, and Footprints, produce ‘old school supplements (like Jeff Rients’s excellent Miscellaneum of Cinder) or who simply put their ‘old school’ ideas up on the internet (typically on blogs) for others to look at and use.

In short, the OSR consists of people who like certain kinds of games (‘old school games’) and sometimes product things (modules, rules books, settings, fanzines, etc.) for those games.

Really, that is it.

There is no ‘ideology’ or ‘party platform’ for the OSR. A fondness for older games and older play styles simply does not comprise an ‘ideology.’ While there is the ‘Old School Primer,’ it is not a ‘manifesto’ in the traditional sense, and I know many members of the OSR who reject parts or all of the advice and views presented in it (myself, I agree with about two-thirds of it).

If the OSR ever evolves into a movement with ‘leaders’ and ‘spokespersons,’ with views that are dogmatic or reactionary, then I’ll be the first one out the door. But I just can’t see that happening. The alignment of the members of the OSR is ‘Chaotic Creative.’ 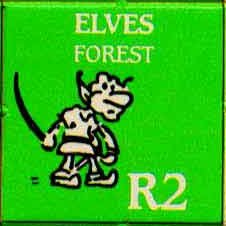