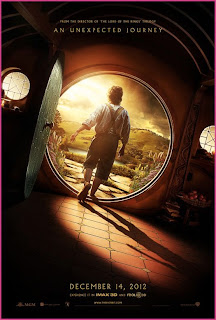 Peter Jackson is extending his forthcoming two Hobbit films into a trilogy.  There seems to be some ambivalence about this move.

Personally, I’m excited.  Jackson’s The Lord of the Rings films certainly weren’t perfect: many, but not all, of the deviations from Tolkien’s story grated on my nerves.  (I have no problem – at all – with the removal of Tom Bombadil.  And including the ‘Scouring of the Shire’ would have stretched things out too much for most viewers.  But the other changes were unfortunate.)

The films were far, far better than I had expected (and feared) them to be.  Once I separated them firmly in my mind from the novels, I enjoyed them quite a bit, especially the ‘Director’s Cut’ versions.  The casting, for the most part, was inspired.  And they simply were beautiful to behold.

Unsurprisingly, though, Christopher Tolkien is not happy with Jackson’s work.
Posted by Akrasia