The Whisperer in the Darkness film 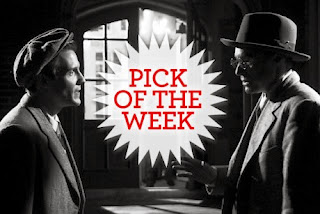 The H.P. Lovecraft Historical Society's production of The Whisperer in the Darkness is Salon's 'pick of the week'.

I purchased and watched The Whisperer in the Darkness a few months ago.  Overall, I quite liked it.  But it definitely was not in the same league, in my judgement, as the HPLHS's production of The Call of Cthulhu.  The final, 'action-filled' act of the 'Whisperer' film is entirely new, whereas 'Cthulhu' cleaves loyally to the original tale.

I can understand why the film-makers wanted more 'action' than was provided by Lovecraft's original story.  But if this is so, it seems that there are a number of other more appropriate Lovecraft tales, The Shadow Over Innsmouth to name just one.

Nonetheless, the film puts to shame 98% of Hollywood 'horror' films.  I would recommend it to any fan of the Cthulhu Mythos, albeit with a warning to expect some significant differences from the original story.