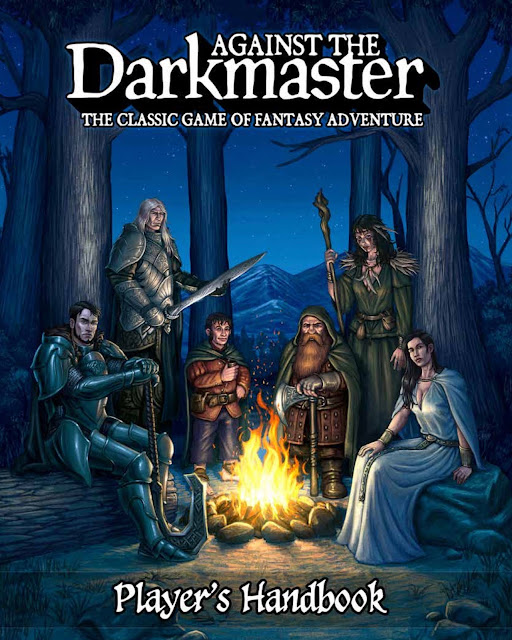 As I’ve written here before, I’m a big fan of Against the Darkmaster. It's my favourite FRPG since Mythras. But the core rule-book, while magnificent, is rather huge and unwieldy, and includes a lot of material unnecessary for players.

So I’m delighted that Open Ended Games has published a Player’s Handbook version of the game. Moreover, it should be more widely accessible in print form than the core rules, given that it’s available via print-on-demand at DrivethruRPG.

If you were ever a fan of MERP (Middle-earth Roleplaying), or simply are curious about a fun, low-powered FRPG with lots of entertaining critical hit descriptions, then check out Against the Darkmaster.

(Running a heavily modified version the old ICE campaign module The Court of Ardor with Against the Darkmaster is a future goal of mine.)