Trapped in dead Nhagren’s apartment, the seconds felt like hours, as the guards banged away at the door that we had barred. Weapons drawn, Bōdric and Adralat stood ready, while Aneera and I tore up and tied together the silk sheets of the dead Pan Tangian, in a desperate effort to create a rope by means of which we could flee the tower.

After several minutes of frantic tearing and tying, a strange eldritch scream emanated from below. The guards’ pounding ceased, only to be replaced by screams of horror and the sound of strange, pulpy explosions. Unnerved by these noises, I paused in my work with the sheets, and looked at my comrades. Worry was plain in their eyes.

A thudding noise became louder and louder from beyond the door. Some entity, much larger than a man by its sounds, stomped up the stairway. It reached the door and seemed to pause for a moment.

A scream of anger, no doubt belonging to the sorcerer Malagan, commanded: “Slay them all!”

Then the door burst open, revealing a demon from beyond the bounds of this mortal plane. 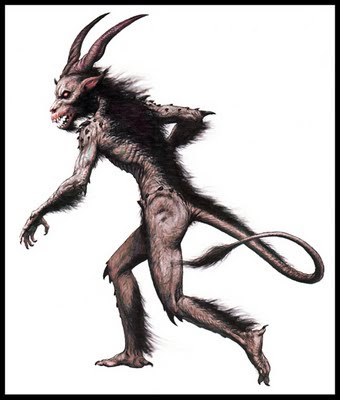 The hellspawn leapt straight for Bōdric, lashing out with its fearsome claws. My half-brother’s abdomen was slashed, blood flowing from cuts that, thankfully, were not too deep. Adralat struck at the creature, but his blade was turned easily away, as though it were a pesky gnat. In return, the demon’s claw banged onto Adralat’s breastplate, dazing him and knocking him back.

It seemed clear to me that we were in deep trouble. I began chanting my rune of Reflection. 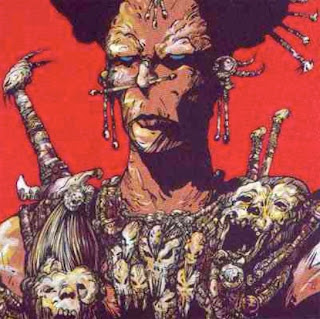 Ignoring his dripping wound, Bōdric darted past the demon, and headed straight for the sorcerer Malagan, who was lost in concentration. My half-brother thrust forward with his rapier, which swerved past Malagan’s desperately raised arm. The Melnibonéan steel slid into the sorcerer’s mouth, forever silencing the foul orifice. After a brief gurgle of saliva and blood, Malagan slumped to the ground.

Alas, the demon still remained, now liberated from any form of control by its summoner. It chose to use its newfound freedom in a most unfortunate way: by pressing its attack against Adralat.

Fortunately, the dreamthief had recovered his wits, and, with what was no doubt the best backward slice of his life, severed the hellish creature’s head!

(By the Grey Lords, I continue to be amazed at my human companion’s propensity for beheading foes.)

The demon’s skin burst as its body collapsed, and the stench of sulphur became thick within Nhagren’s room. Its remains then desiccated into a vile black ash.