Further thoughts on One Dungeons and Dragons (DnD 5.5e) 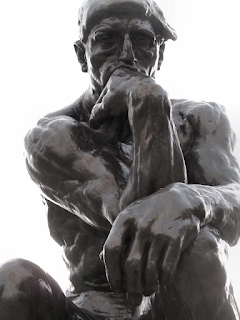 After the disaster of 4th edition “Dungeons and Dragons” (which I realized was not for me at all after reading one quarter of the Player’s Handbook), and my intense dislike for 3e/3.5e, I thought that I would never like or play a post-TSR version of D&D/AD&D again.

But I found 5th edition to be a pleasant surprise. It actually somewhat resembled what I think of as "D&D" (it sort of feels like what a 3rd edition AD&D could've been). It's not perfect, it's not my favourite FRPG, but I've found it to be a fun, solid game. I am enjoying using it with Goodman Games' expanded version of The Temple of Elemental Evil.

So I'm not sure about One D&D. Yeah, I'm a bit worried about some of the rules changes that are being proposed, and the potential impact of WotC's virtual table-top project on other VTTs. But none of these changes are going to affect my current 5e campaign and my paper books are not going to disappear. I'm encouraged by the emphasis on ongoing compatibility, and I've been impressed by WotC's post-4e support for out-of-print TSR material (PDF and POD). (They no doubt realized that this was the most sensible response to the OSR – there’s no point or profit in gratuitously antagonizing those who prefer the older versions of the games, as they did during the 4e era.) Also, WotC seems to have been supportive of house rules, fan created content, etc., over the past decade. I don't think paper books and physical dice will be going away anytime soon, so I think fears about everything moving to an "online only subscription" model are unwarranted.

So ... I have a wait-and-see attitude. I greatly disliked what WotC did with D&D for the first fifteen years of their ownership of the line, but they seemed to have turned things around since the advent of D&D 5e. Perhaps I'll be pleasantly surprised again. But if I don't like the future version of the game and what WotC does with it, I'm fine with ignoring them again. As a player I don't play D&D at all (it's mainly Mythras these days). And as a GM I have versions and variants of the game I like (AD&D, Crypts & Things, Into the Unknown) and other games I'm quite keen to run (Against the Darkmaster).