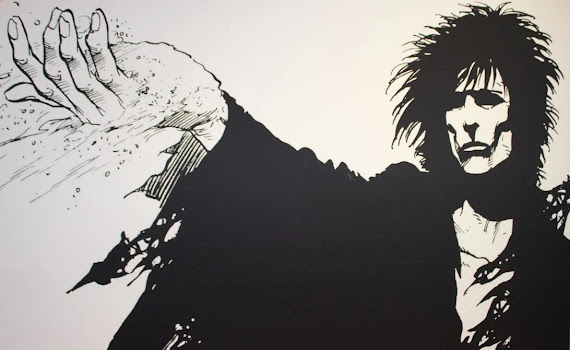 I recently finished watching “The Sandman.” The series is named after its protagonist, also known as “Morpheus," “The King of Dreams,” or simply “Dream.” Morpheus is one of “The Eternals” (others that we meet in the series include “Death” and “Desire”). He’s the ruler of “The Dreaming,” the realm experienced by mortals when they sleep. Alas, he was captured by a mortal sorcerer in 1916 (the intended target was Death, but mistakes were made). The series follows his escape from captivity a century later, and his subsequent experiences.

Back in the 1990s I loved Neil Gaiman’s Sandman comics. But I haven’t read them in over twenty years, so watching this series still seemed fresh and surprising. Nonetheless, there were a few things that I remembered quite well (in particular, the “The Sound of Her Wings” episode).

The first season is interesting because it consists of two multi-episode stories (episodes 1-5, which concern Morpheus’s capture, century-long imprisonment, escape, and recovery of his artifacts; episodes 7-10, which focus on the “Dream Vortex” Rose Walker, and the renegade nightmare “The Corinthian”), and three self-standing short stories (episode six, “The Sound of Her Wings,” and episode eleven’s two stories, “Dream of a Thousand Cats,” and “Calliope”).

Overall, I think “Calliope” and “The Sound of Her Wings” are the strongest of the season’s five stories (but “Dream of a Thousand Cats” is quite fun). The former could’ve been written by Rod Sterling, and the latter is simply wondrous (the story that I still remembered quite well, give its impact on me when I read it in my twenties). What I liked the most about “The Sound of Her Wings” is that it cleverly mocks the view that, if given unending life, humans would come to yearn for death.

Of the multi-episode stories, the second is definitely the weaker in my view, although The Corinthian is an impressively creepy character. One problem I had with the second story is that Desire's motivation was never really explained. Specifically, I didn’t understand why that character was trying to mess with Morpheus. (I can't remember now if it was clearer in the comic version.)

Finally, I should mention that the casting and acting is quite good overall. Tom Sturridge in particular was apparently cultivated in a vat specifically to play this role.