As I’ve mentioned in at least one earlier post, I’m a huge fan of maps, and especially fantasy maps. I hope that some of you enjoy looking at them as well.

Here are some different maps of Michael Moorcock’s Young Kingdoms world, as described in his various Elric and Rakhir stories. 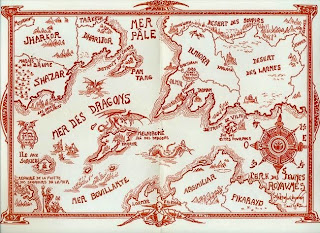 This map is by Phillipe Druillet 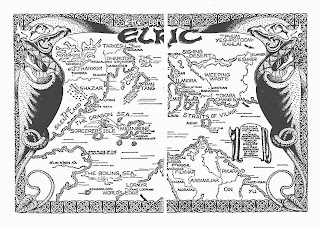 This map, by John Collier and Walter Romanski, was included in some of the Daw editions the Elric stories. 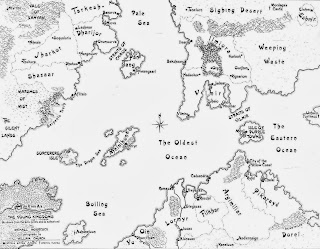 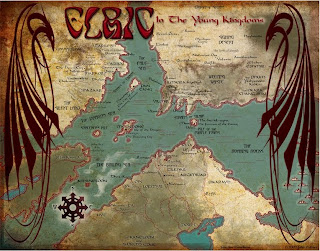 A map by John Collier (an update of the version found in the DAW books). 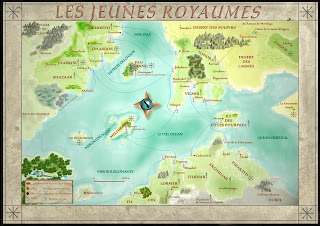 Finally, this very pretty French colour map by an unknown artist.
All of the maps posted here were found in this part of the 'Moorcock's Miscellany' website.
Posted by Akrasia