Amongst long-time fantasy role-players, I’m sure that Russ Nicholson’s work for the first edition Advanced Dungeons and Dragons Fiend Folio book is most well known. Many iconic D&D creatures were first portrayed by Nicholson, including the Slaad, Githyanki, and Githzerai. 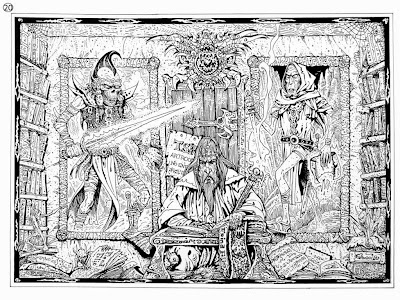 Above is a recent picture by Nicholson depicting a Githyanki and Githzerai, taken from one of his blog posts.

Nicholson also illustrated many of the ‘Fighting Fantasy Gamebooks’, most of which were written by Steve Jackson (the British, not the American, one) and/or Ian Livingstone. The first book in this series was The Warlock of Firetop Mountain. 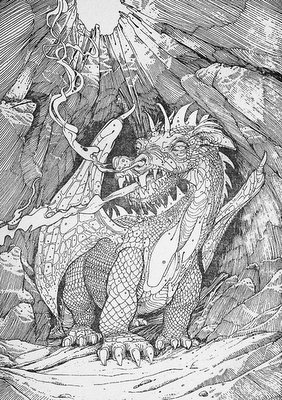 Here is the dragon from The Warlock of Firetop Mountain. 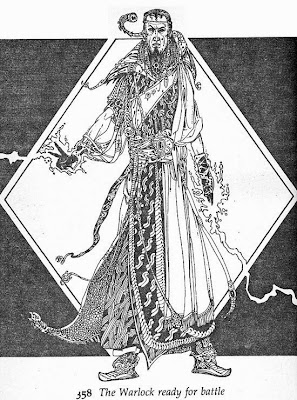 And here is the Warlock himself, ready to blast you to Hades! 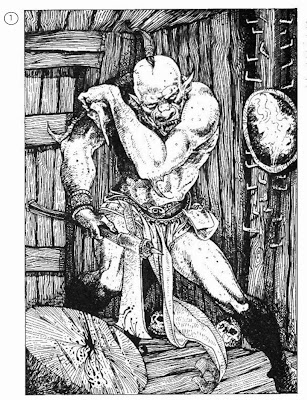 Here is a ‘Gark’ from The Citadel of Chaos, the second book in the ‘Fighting Fantasy’ series.

I loved playing through these books as a young lad. They enabled me to get my ‘fantasy gaming fix’ when I couldn’t meet up with my friends.

Nicholson’s evocative black and white illustrations made a deep impression on my young mind, and very much influenced how I subsequently imagined my fantasy adventures.

Finally, below are two recent pictures by Nicholson. Both are taken from a recent blog post. 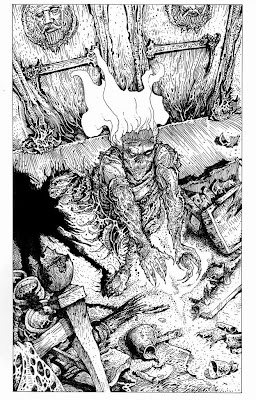 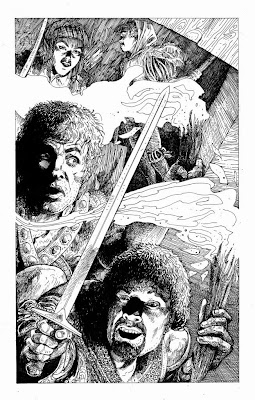 If you’re a long-time fan of Russ Nicholson’s art, or just discovering it for the first time here, I encourage you to check out his blog, aptly-named ‘Russ Nicholson’. Many more wonderful pictures can be found there.

It is great that Nicholson is still actively producing amazing illustrations!