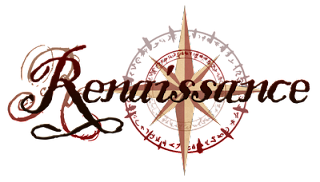 An OpenQuest ‘Renaissance’ is coming soon!

No, I do not mean a ‘rebirth’ of interest in the OpenQuest FRPG (the game was only recently ‘born’!).

Rather, I refer to the new system that Cakebread and Walton will be publishing in December. The system, entitled simply ‘Renaissance’, is based upon OpenQuest, but has been adapted for Renaissance-era games.

Cakebread and Walton plan on using this system in order to re-launch their brilliant Clockwork and Chivalry setting, as well as to complete the C&C ‘Kingdom and Commonwealth’ campaign. Fortunately, for those who already have purchased the MRQII C&C books and/or who plan to continue to use MRQII for their games, Cakebread and Walton promise to make available helpful conversion documents.

Here is the full announcement:

Mud, Blood, Alchemy and Clockwork in a 17th Century That Never Was

1645: England has descended into civil war. Prince Rupert and his Alchemist-Cavaliers fight on behalf of their exiled king against the clockwork war machines of Oliver Cromwell and the New Model Army. Between them, a host of political and religious factions struggle for survival.

First launched to critical acclaim as a series of supplements for RuneQuest II (“The best British fantasy setting since WFRP 1st edition” said Newt Newport), Clockwork & Chivalry now returns in a standalone 2nd edition featuring the new Renaissance rules, a D100 open gaming system based on OpenQuest and compatible with 1st edition supplements. Fast, brutal, and geared up to a world of black-powder weapons and political machinations, the new rules will also be the bedrock of a series of RPGs forthcoming from Cakebread & Walton: Purveyors of Fine Imaginings.

As many of you probably know, Mongoose Publishing will cease to support the RuneQuest II license in the autumn, and this has left us with a big decision to make regarding the future of Clockwork & Chivalry. Giving up on the line was never an option – we were determined to finish the Kingdom & Commonwealth Campaign, and have other ideas we want to develop for the game world. At the same time, we value our autonomy as a small independent games company. The new Renaissance system will be based on OpenQuest and will aim to be as compatible as possible with existing C&C supplements. At the same time, this rule-set, stripped of the C&C background but incorporating some of the rules (such as Righteousness Points and Factions) will be released under an Open Gaming License as a free download. The rules will be aimed squarely at role-playing in the age of black powder weapons. The creation of Renaissance will give Cakebread & Walton a solid rules set for the development of further games in the future, as well as allowing others to use it in their own games under the terms of the OGL.

Once Clockwork & Chivalry 2nd Edition is released, we'll be re-issuing the first 4 parts of the Kingdom & Commonwealth campaign with minor tweaks to fit the new rules, and then the last two books in the campaign, Hobbes: Leviathan and London Calling. We'll also release a small conversion document so that those playing C&C with the existing RuneQuest II Core Rulebook need not change rules to finish the campaign.

C&C2, a 400 page core rulebook including all the rules you need to play as well as all the background in the original worldbook and then some, will be out in December. The other revised volumes and new C&C2 supplements are to follow in 2012. As usual, our games will be distributed by Cubicle 7 Entertainment and will be available from all good game stores!

It’s good to see that Clockwork & Chivalry will continue, that the Renaissance FRPG will enable Cakebread and Walton to be ‘masters of their own domain’, so to speak, and that OpenQuest will enjoy some excellent support!