Some News on the Future of Mongoose's RuneQuest II System

I missed this statement when it was first posted a week ago by Matt Sprange of Mongoose Games. It addresses some of the concerns with 'the-game-formerly-known-as-RuneQuest II' that have been expressed at various forums and blogs, including my worry that 'Wayfarer' was simply an attempt to prevent Mongoose from being stuck with a backlog of MRQII books. It also broaches the general interest amongst MRQII fans in the possibility that the game might be re-released under the OGL.

Here are the relevant bits:

With the announcement of RuneQuest II becoming Wayfarer, the internet forums briefly lit up in a spark of debate and the inevitable analysis followed. Some of it was correct, a lot wasn't. So, time for a spot of rumour control!

First, we are not planning for Wayfarer to just limp along. It is not a ruse to keep selling stocks of RuneQuest books in the warehouse. If we were not serious about supporting the game, we would not be doing it - it has to be understood that we do not simply hang around the office all day playing games. The people here work extremely hard and they all have better things to do than prop up a game we are not serious about supporting.

It also makes perfect sense for us to have an in-house fantasy system that we can readily apply to any new settings we develop or licence, just as we have a science fiction system in Traveller. If we were to relinquish all fantasy RPGs, it would be a noticeable gap in our line up.

It has been said that all we are planning to do is shovel existing books into a new format so they can tick along. Well, that is rather a negative way of looking at it, and a little further analysis would reveal that producing existing work in the new format is a logical course of action. It has the following advantages;

1. It is quick, easy and economic for us. This means we can support the system indefinetly because the costs are greatly reduced. At the same time, we can release the books at a much lower price point, making them a much more attractive proposition for you. We are aiming for a £9.99 price point for most books, and it is difficult to see how even a big fat one would be priced at more than £14.99 - this is exactly what we have been doing with the Lone Wolf Multiplayer Gamebooks, so we know the concept works.


2. The new format does not require existing players to buy a new book (in fact, it gives them the Pocket version people have been asking for since RQII came out). If we asked people to do that it _would_ kill the game dead.


3. If there are people out there who have been wavering on the edge, hearing about how good the game system is (and, as you will know if you have played it, it really is very, very good), then the new format is practically an impulse purchase.

We will re-release the core book (the mechanics unchanged, with the exception of integration of errata and a few clarifications - anything new will be posted, for free, on our web site for owners of the RQII rulebook), Arms & Equipment and the Monster Coliseum (renamed and potentially with the arena rules removed - we wanted the book to be more than just a monster manual, but it seems that is exactly what most people wanted!). Those will appear fairly quickly, as they form the core of the game, but we will also bring back Empires and Vikings, and likely Necromantic Arts a little further down the line.

However, we will also be bringing brand new material into play relatively quickly. We are currently looking at a one-shot Hyborian-esque grand adventure, new material for Deus Vult and some bits and pieces for Elric - we will be adding to this list over the next few months, and we have a strong interest in working with more historical settings, be they extensions to Vikings or brand new areas (and Land of the Samurai could certainly make a return in one form or another).

We have been asked whether we will make Wayfarer OGL. This will be a decision made later but, at this time, we are leaning towards it. However, I don't think it will be the usual OGL/logo licence combo, as messing around with SRDs is very time-consuming for us. If we go ahead with this, it is more likely to be a case of everything in the core book range is ripe for picking, just stay away from the setting books - aside from using a 'Wayfarer Compatible' logo, there will be nothing to sign or register for. Just pick up the rules and use them.

(Thanks to the rune under water for the link.)

The reference to only 'bits and pieces' forthcoming for the 'Elric' line is not encouraging. (And there is no mention of any other potential 'Eternal Champion' books, e.g. 'Hawkmoon' or 'Corum'.)

However, Sprange also has announced recently that a MRQII/Wayfarer version of the Spider God's Bride will be forthcoming (from 'Xoth.net publishing'; more on the world of Xoth here). This would be, I assume, the "one-shot Hyborian-esque grand adventure" that Sprange mentions in his post.

I think I'll have a couple of pints on that happy thought... 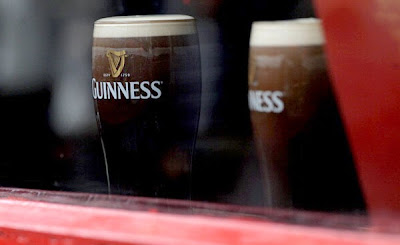