OSRCon Toronto: I’ll be Running a Swords and Wizardry Game 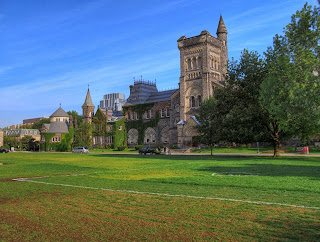 That was quick! Only hours after finding out about OSRCon, I’m signed up to run a Swords and Wizardry game – using my Akratic Wizardry house rules, of course!

Here’s the blurb for my game (to take place the morning of August 13):

Shipwrecked! The characters have washed up on an eldritch shore, and must work together in order to survive. Can a conniving merchant, a savage barbarian, an unscrupulous burglar, a decadent nobleman, and an enigmatic sorcerer overcome their mutual distrust and find a way off this unnatural island? (This is a ‘swords and sorcery’ themed adventure, using the GM’s ‘Akratic Wizardry’ house rules. Characters provided.)

I also will be taking part in a RuneQuest game (not sure which edition) and one of James Maliszewski’s ‘Dwimmermount’ games.

The current schedule of games is here. More likely will be added.

This should be fun! It’s been years since I’ve done any gaming at a con.